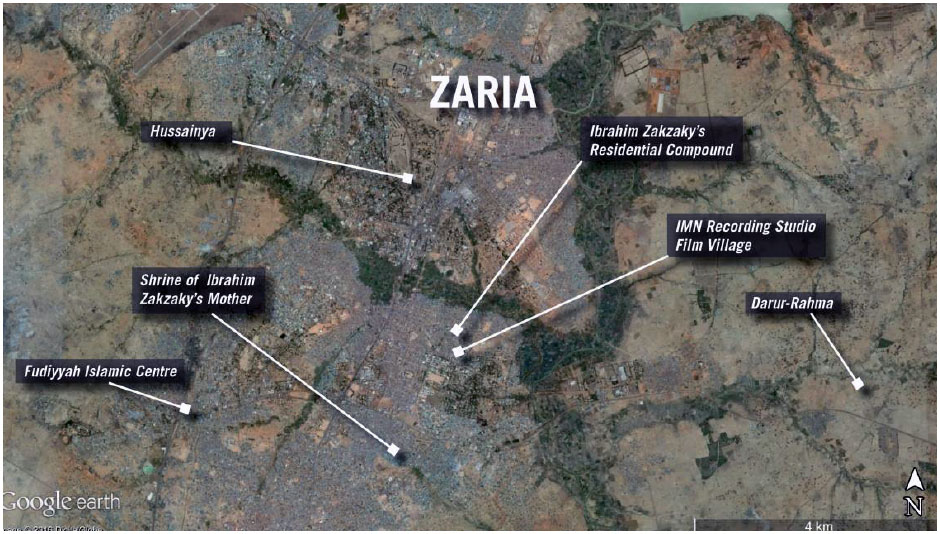 In his last phone call recorded from him, he says the house is under siege and Nigerian Army troops are firing at the house and he can’t leave the house.

He continues that they destroyed our Husainiyah and now they are shooting at the house.

Mr. Hosseini: How many of people have been killed?
Sheikh Zakzaky: In this house about 102 and whoever was in the mosque and we don’t know exactly how many were in the mosque … some captured alive and then were killed, they were 30.

The satellite images of Zaria husainiyah before and after of destruction by Nigeria Army and government.

The satellite images of Zakzaky compound before and after of destruction by Nigeria Army and government.