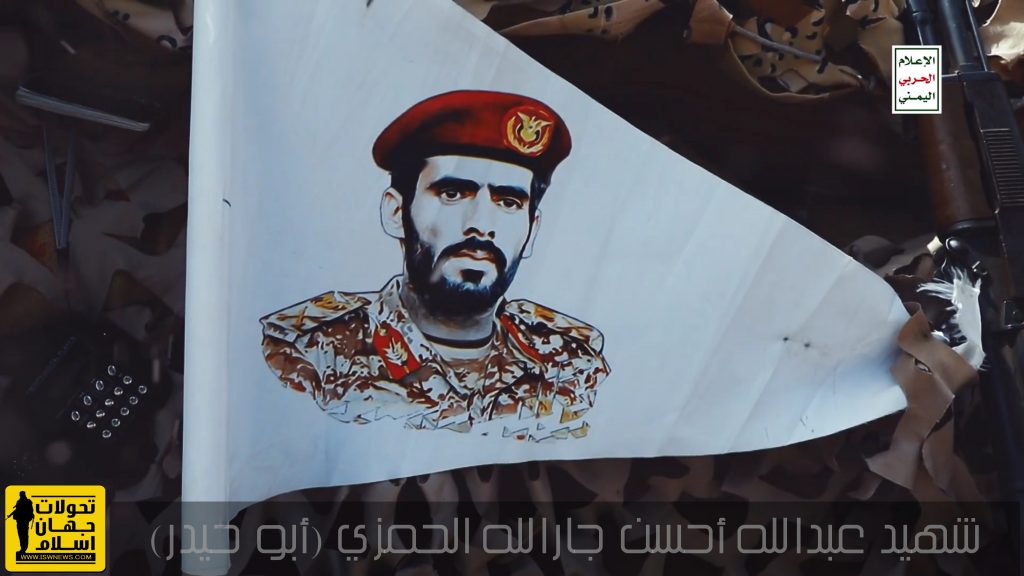 Abdullah Ahsan Jar Allah Al Hamzi famous as Abu Haydar a field commander of Ansar Allah in recent years whose bravery and sacrifices will not be forgotten from Yemeni people.

He was from Hamazat region Saadah province and a commander for ground troops who participated in sixth war in 2009 and lead troops in Kitaf district Saadah province.

After the sixth war and war incipient against Ali Abdullah Saleh Government and emergence of terrorist groups such as ISIS, he was fighting against Ansar al-Sharia, in coalition with ISIS, in Kitaf district Saadah province.

At the same time he was commander of operation against al Qaeda and Islah party in Arhab district Sanaa province and claiming military base Yahyis is assigned to him.

In 2014 this district due to resistance of Arhab tribes was under siege by al Qaeda and ISIS, than AnsarAllah under commandment of Abu Haydar broke the siege and claimed Arhab.

He is then deployed to Jawf and Amran fronts and claimed several of Mansoor Hadi military bases.

After that he lead the operation to claim special force base in Sanaa which was one of the most difficult engagements of that time.

After ISIS occupation of Bayhan and massacring(beheading) Muslims of the area, he took responsibility for operation against them in Shabwah province.

Under his commandment and by Ansar Allah forces sacrifice AnsarAllah in a heavy engagement entered Shabwah province and liberated Bayhan district from ISIS and al Qaeda.