Establishing Two New Military Bases by US. Inside Iraq 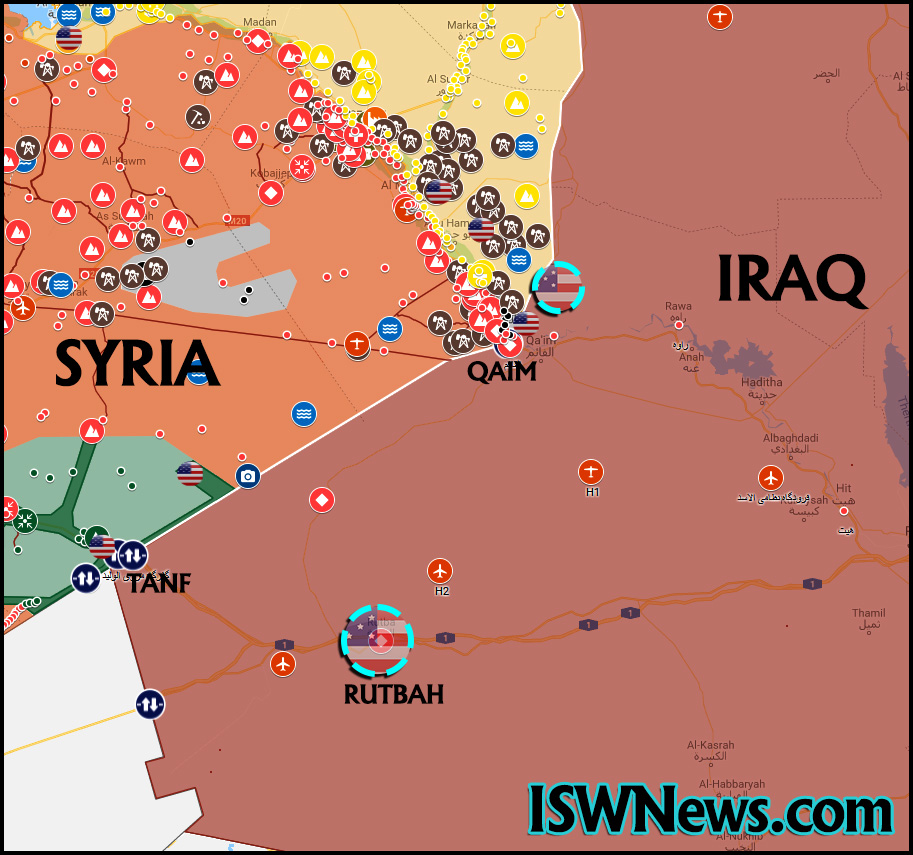 Farhan Al Dalimi a member of Al-Anbar council, announced that US. will build two new military base close to Iraq’s border

One base will be build in northern Al Ramanah district located in north of Al-Qaem, And another base in strategic region of Ar Rutbah in south of Al-Anbar province.

It is said that the reason for building these two bases is to counter ISIS’s threat and to prevent terrorists influence in liberated regions.

It needs mentioning that this news is announced meanwhile last week the president of United States of America, Donald Trump, gave the order for US forces withdrawal from Syria’s soil.