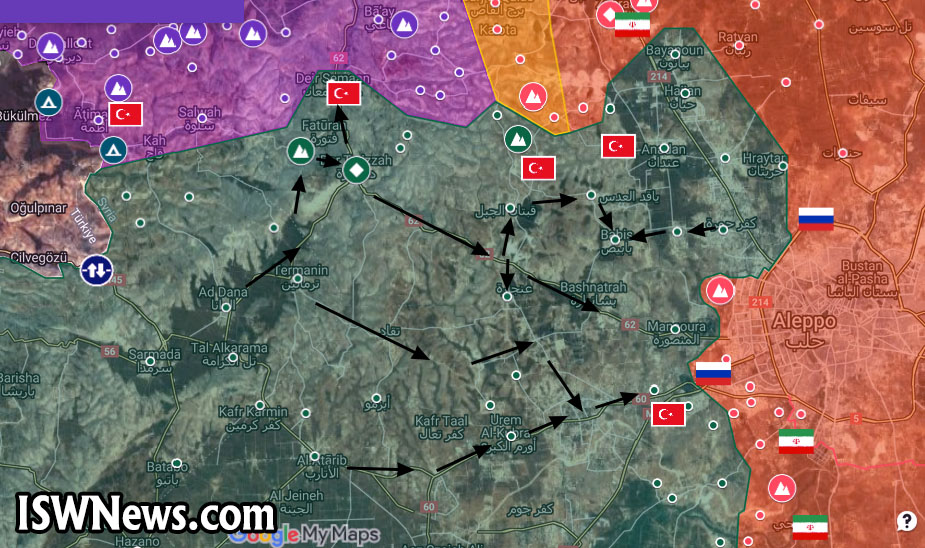 Islamic World News Analysis Group: After four days of bloody clashes between Hayat Tahrir Al Sham(HTS) and Nour Al-Din Zenki militants, almost all of the western suburbs of Aleppo were seized by HTS.

Meanwhile, a significant number of areas without conflict, with the agreement of the inhabitants of the region were seized by Hayat Tahrir Al Sham; also Nour Al-Din Zenki forces fled to the Afrin area.