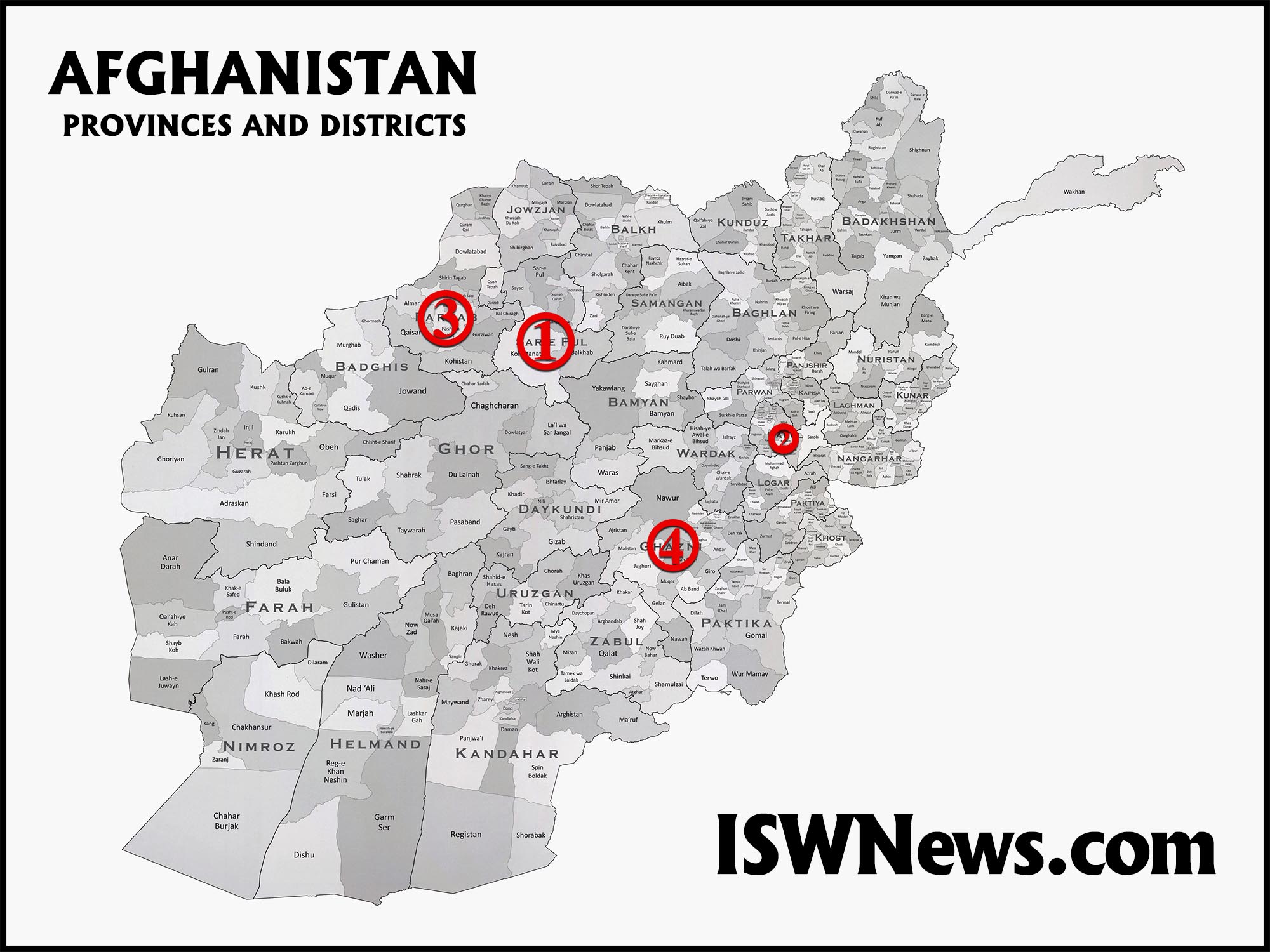 New round of Negotiations Between US. and Taliban in Qatar, Unsatisfactory Security Level in Sare Pol

1. Sare Pol:
According to police chief of Sare Pol from last March so far 41 operations against Taliban were done.

It is said that more than 224 Taliban members were killed.

Sare Pol province is one of the least safe areas in Afghanistan.

2. Kabul:
Due to explosion of a magnetic bomb in district 16th of Kabul, three security troops are wounded.

3. Faryab:
According to official sources, Taliban chief in Pashtun Kut district of Faryab province was killed in Hassan Bolaq village due to an airstrike.

4. Ghazni:
Ghazni police force spokesperson stated that due to last night Taliban attack to police posts in Zargar area, two soldiers were martyred and one wounded.

5. New round of Negotiations Between US. and Taliban in Qatar

New round of negotiations between USA and Taliban will take place in Qatar.

It is said that talks will be held in Qatar instead of Saudi Arabia because the Taliban rejected to holding talks in Saudi Arabia.