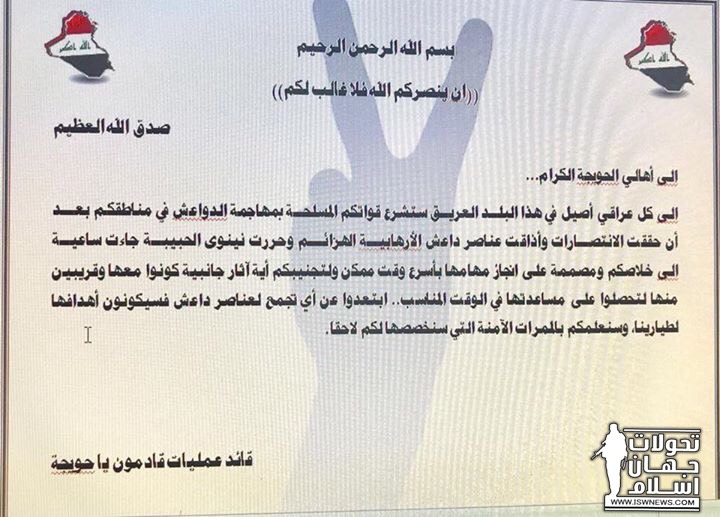 Following the declaration. Iraqi airplanes started dropping large number of leaflets on the ISIS-held area of Hawija informing locals about the liberation of Nineveh and the upcoming operation to liberate Hawija from ISIS.

The leaflets called on civilians to stay away from ISIS bases and gatherings in order to avoid airstrikes of the Iraqi Air Force.