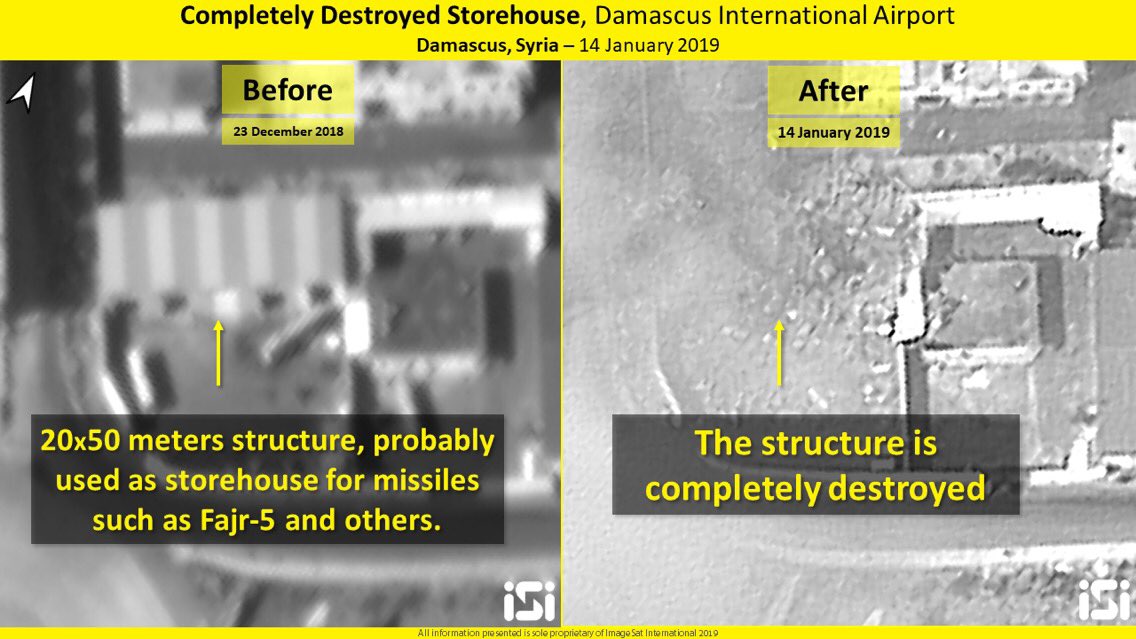 Islamic World News Analysis Group: Recently Israeli Corporation “ImageSat Intl” released images of the location hit by Israeli missiles which is an ammunition warehouse, it is said it was Iranian.

On 12 January 2019, Israeli fighters launched a series of missile attacks against some places in Damascus.

According to reports, most of the missiles were intercepted, nevertheless, one ammunition warehouse was hit successfully in Damascus airport.

In satellite images the warehouse seems to be completely destroyed.
While it is claimed this was a warehouse for Iranian missiles such as Fajr-5, the small radius and low strength of destruction implies there could not be any large missiles in the warehouse as it would be a lot more destructive.