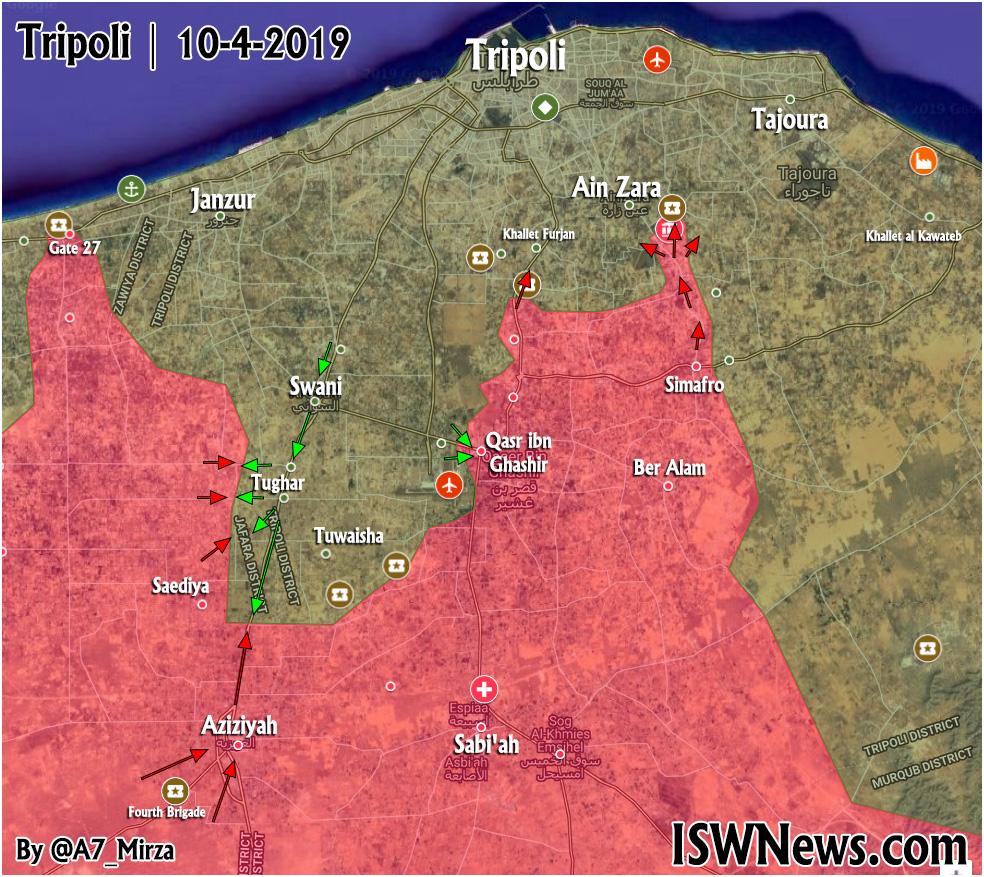 ISWNews Analysis Group: In despite of all diplomatic efforts to halt the engagements near Tripoli, there is battle between Libyan National Army led by General Haftar and Government of National Accord.

Engagements continue in south of Tripoli in three axes: Swani-Aziziyah, around Tripoli airport and Ain Zara.

– In Swani-Aziziyah axis, during the last 48 hours, after counterattacks by GNA from Swani direction, Haftar’s forces retreated and Aziziyah captured by GNA. But Haftar’s forces attacked Aziziyah again and recaptured Forth Brigade base and Aziziyah. At the moment heavy engagements going on between Swani and Saediyah in Tughar area.

– The most severe engagements are in the important axis of Ain Zara. Libyan National Army forces have full control over Simafro-airport route. They also could advance in depth of Ain Zara area and get closer to Tripoli. According to the current information, Ruwaymi prison and 42th battalion have been captured by Haftar. Libyan Red Crescent reported to evacuate 30 families from the area due to engagements.