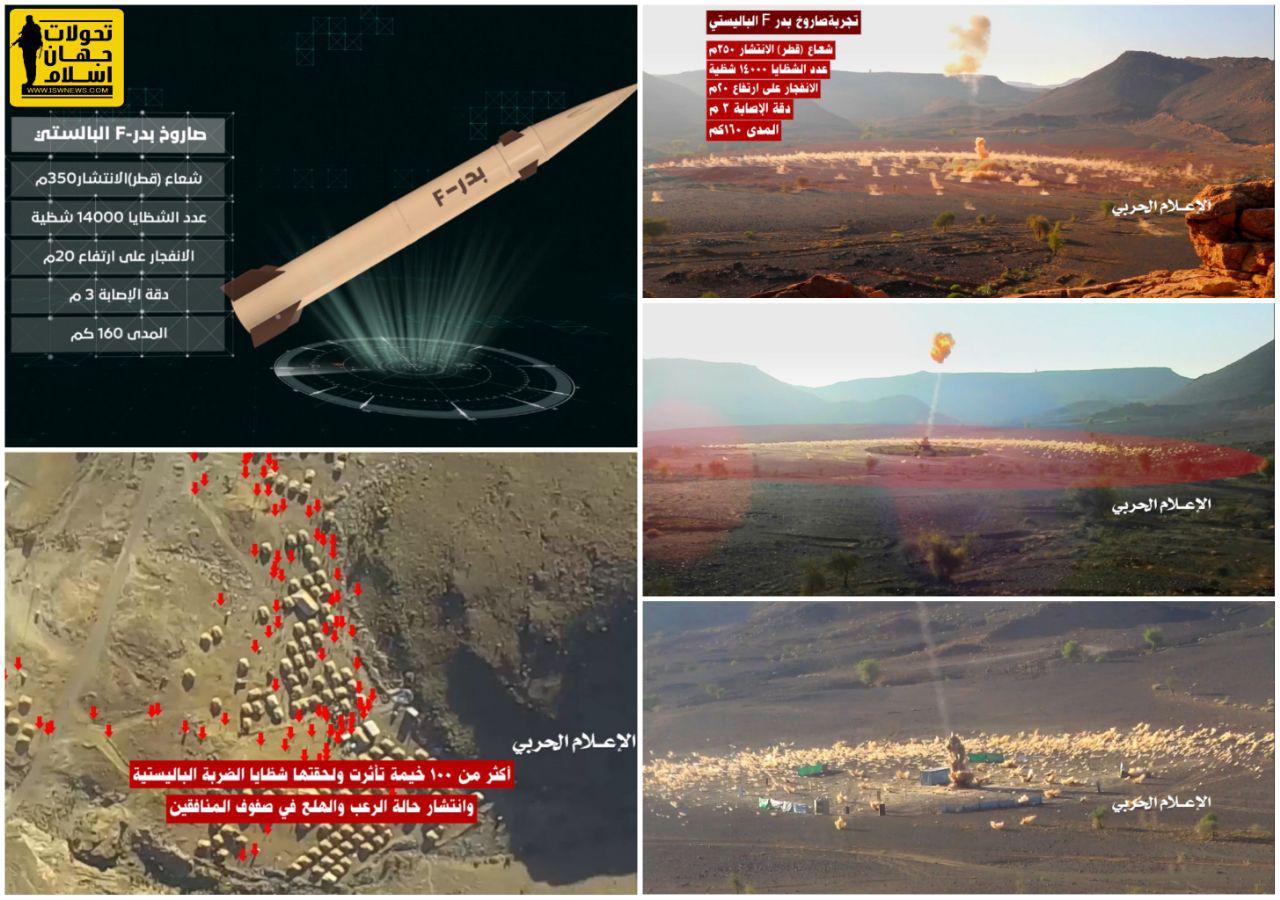 ISWNews Analysis Group: A spokesman for the Yemen Armed Forces on the first anniversary of martyrdom of Saleh Ali al–Sammad, chairman of the Ansar Allah movement, announced a new guided version of ballistic missile, Badr-F.

According to the statement, Badr-F ballistic missile have a range of 160km, which is a nearly 30km increase from their old version, Badr P-1 missile.