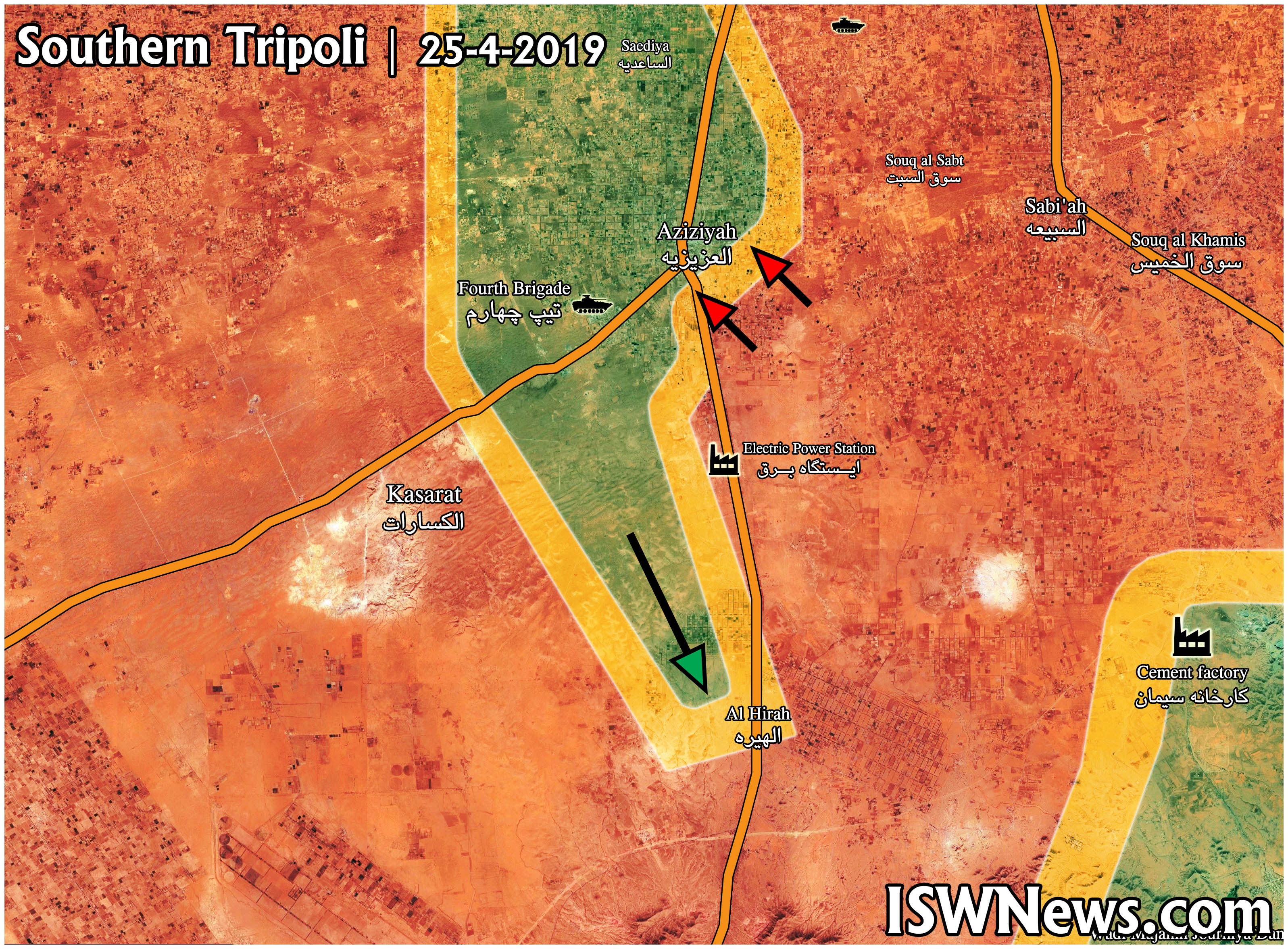 ISWNews Analysis Group: Engagements in south of Tripoli after several days are continuinging without changing in frontlines and it seems the battles are being attritional.

In recent days most of the engagements are in Aziziyah and Al Hirah axis between GNA and LNA and control of Hirah area has been exchanged several times between sides. According to some reports in the last battle, GNA could recapture Al Hirah.

On the other hand in Ayn Zara, Wadi Al Rabi`and Tripoli Airport fronts, the engagements are less intense. Government of National Accord GNA forces tried several times to recapture Tripoli Airport but were not successful so far.

In recent engagements a LNA fighter jet was shot down by GNA over Ayn Zara.
Yesterday LNA released a footage showing shooting down a GNA Mirage F-1 which bombed Al Watiyah Airbase but later with more footage, it was confirmed it was actually LNA’s Mirage which crashed near Al Watiyah Airbase.

According to WHO more than 220 civilians were killed in Tripoli Battle and more than 1000 women and children are injured.