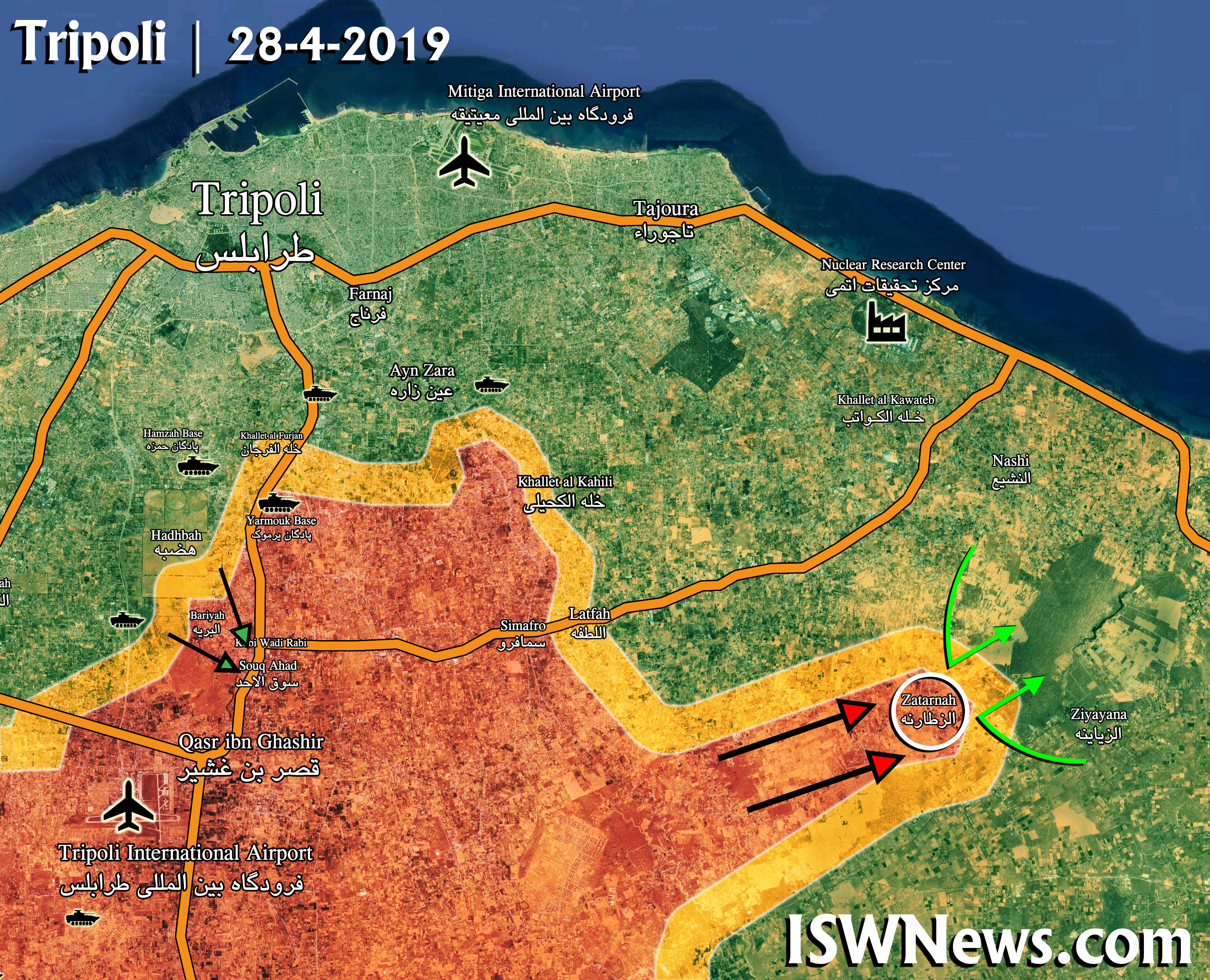 ISWNews Analysis Group: The Libyan National Army led by Gen. Khalifah Haftar took control of Zatarnah village in south of Tripoli and repelled the GNA attacks in the area.

Following these clashes, a number of armored vehicles of the GNA were captured by the LNA.

On the other hand, in Qasr ibn Ghashir front, clashes has intensified in Yarmouk camp and Soq al Ahad area. Government of National Accord forces trying to cut off at least one of the supply lines of Khalifa Haftar forces in the south of Tripoli.

The Supreme Council of Al-Khoms, Al-Marqab and Msallata (eastern region) tribes released a statement and supported the operation of the Khalifah Haftar to capture the city of Tripoli. It is worth noting that these areas are in control of the Government of National Accord(GNA).