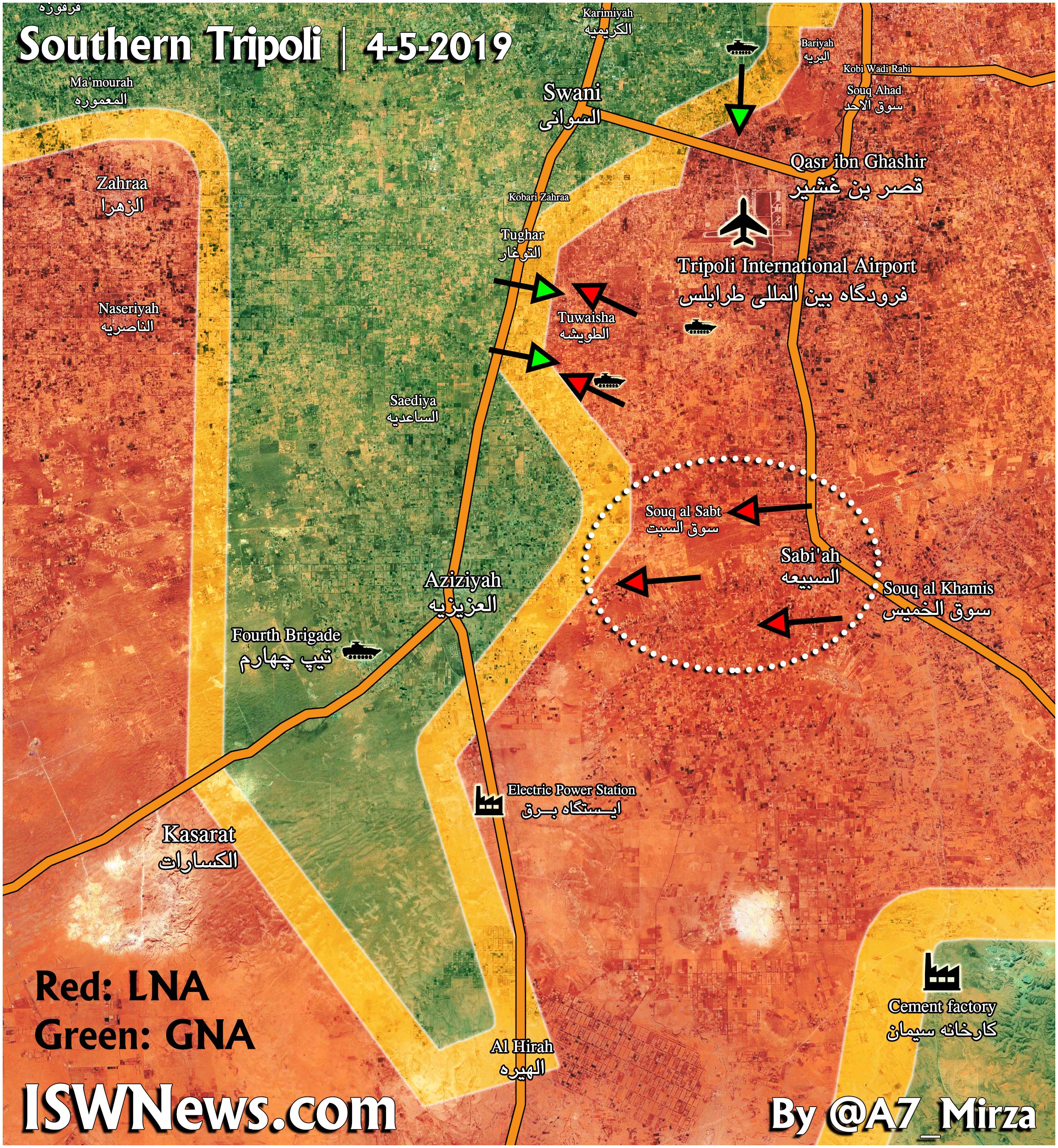 At the moment the engagements are in Aziziyah, Tuwayshah and near Airport.

In the last two days, engagements near Tuwayshah  did not result in anyone’s favor and the attacks are hit and run.

In north of the airport and airport road GNA had limited advances.

Haftar’s forces could also advance insignificantly in Ramlah, west of the airport.

WHO in its latest report about Tripoli battle said that thus far more than 392 people lost their lives and more than 2000 people injured.