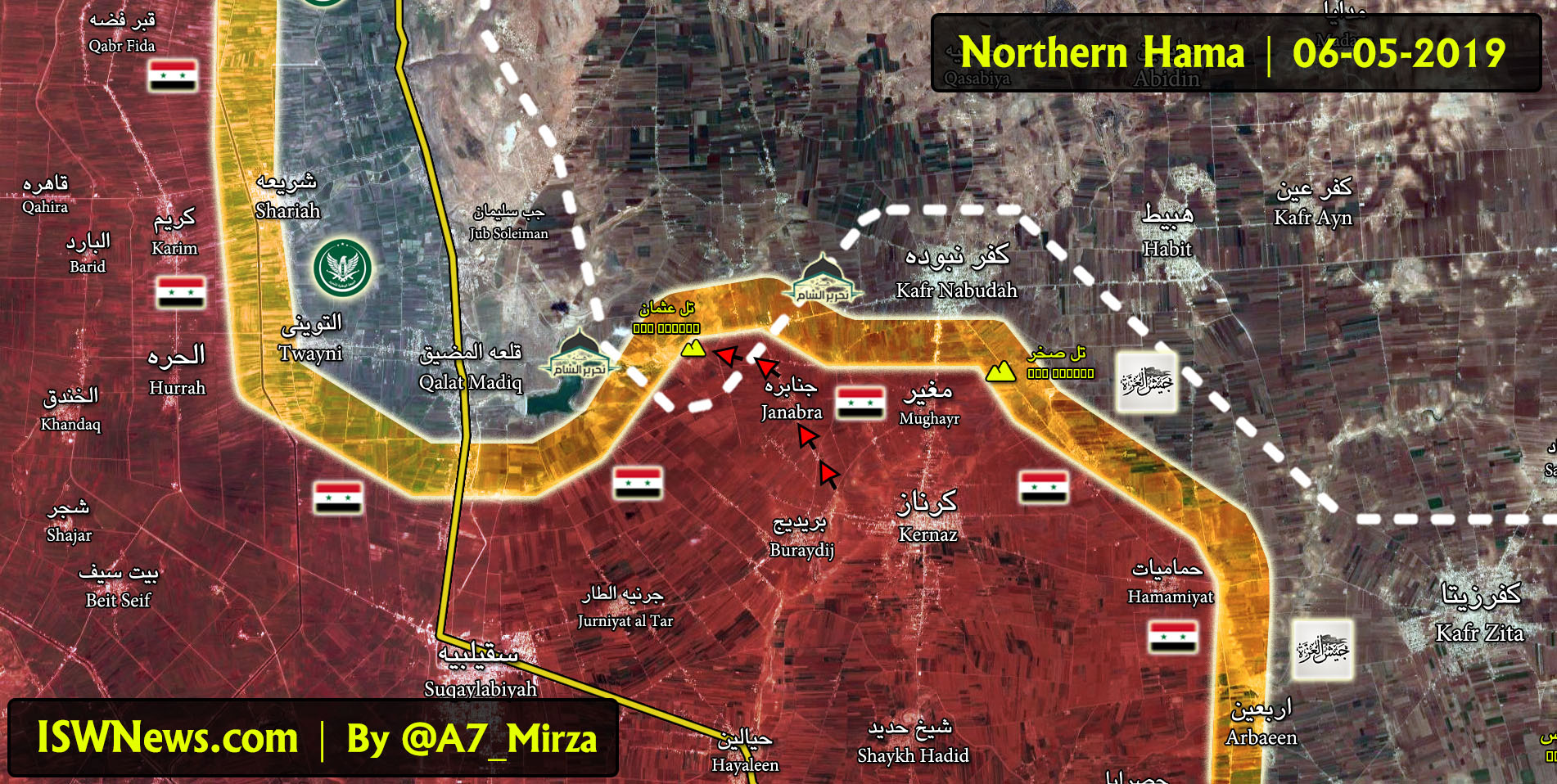 ISWNews Analysis Group: Syrian Army and allies advancing in north of Hama passed Jinabarah village and have the control over Tal Othman height.

In the recent days, north of Hama was scene to heavy engagements between Syrian Army and Militants. From today morning the Army passed Jinabarah(Banah) village and could claim important Tal Othman height.
It is noteworthy that before recent engagements in north of Hama, Jinabarah area was under Army’s control and when engagements intensified the Army retreated back but today they again entered Jinabarah . Thus, advances in this axis are more like clearing up rather than a complete attack.
We should wait and see if the Army intensifies its attacks and advances and if this is the grand Idlib operation.

Should the battlefield map changes, it will be reported.