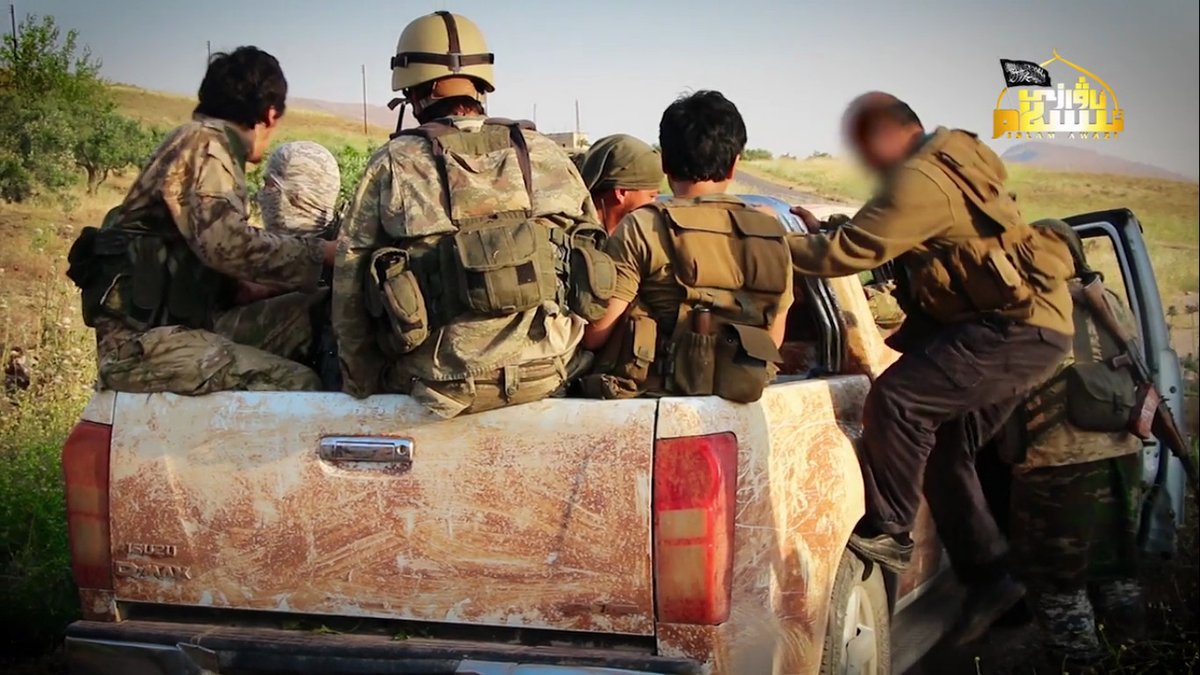 The media of the terrorist group, the “Turkistan Islamic Party” has released images of the presence of its forces in northern areas of Hama.

The Turkistan Islamic Party, which consists mainly of the Uyghurs, is known as the Line Breaker in the Syrian battles, and where the militants facing troubles, the Turkestan Islamic Party come to the field…

Currently, in the north Hama, the Syrian Army’s ground advances has been halted, and clashes are scattered and artillery duels continue.