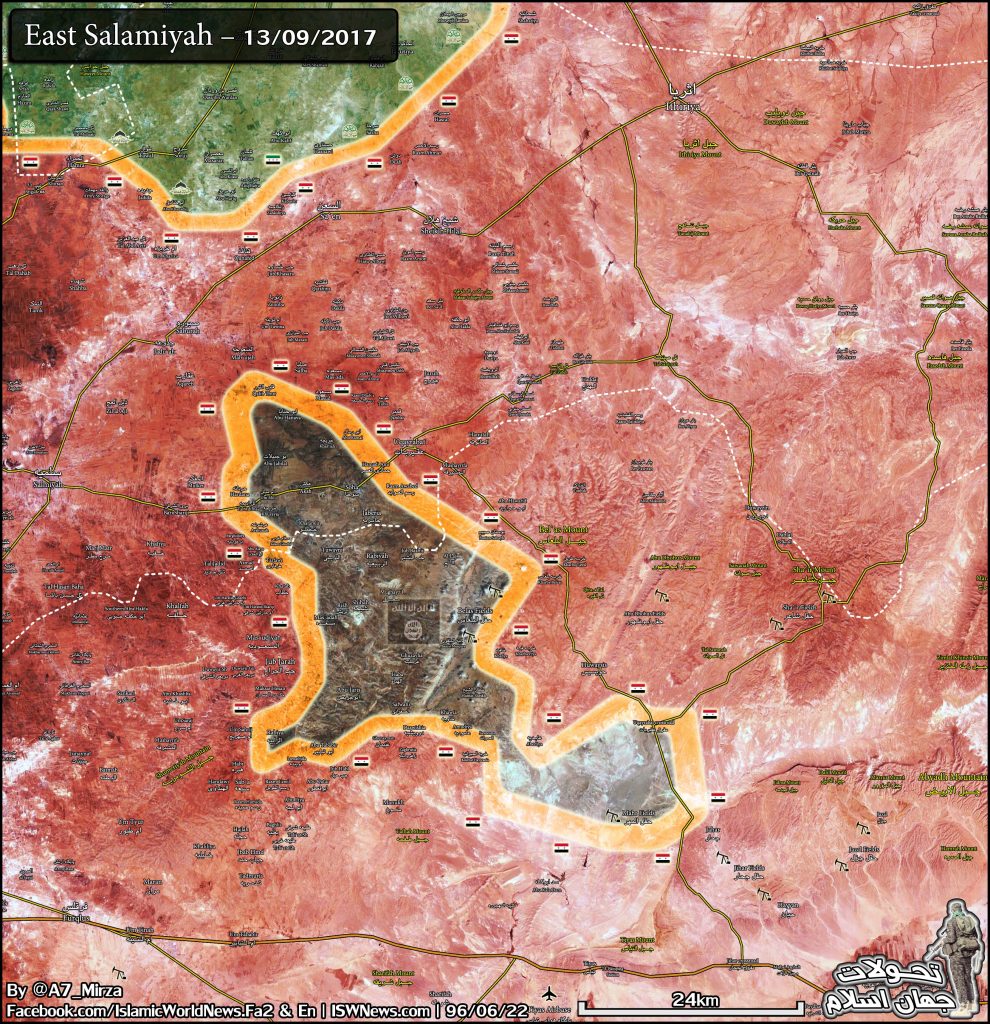 The Syrian Arab Army (SAA), the National Defense Forces (NDF) and their allies have achieved more gainst against ISIS in the eastern Hama countryside in central Syria

Government forces have liberated the villages of Rasm At-Tawil, Umm Saj, Luwaybidah, Darwishiyah in the southern part of the ISIS-held pocket and recaptured Masud village and the Salba power plant in the northern part of the pocket.