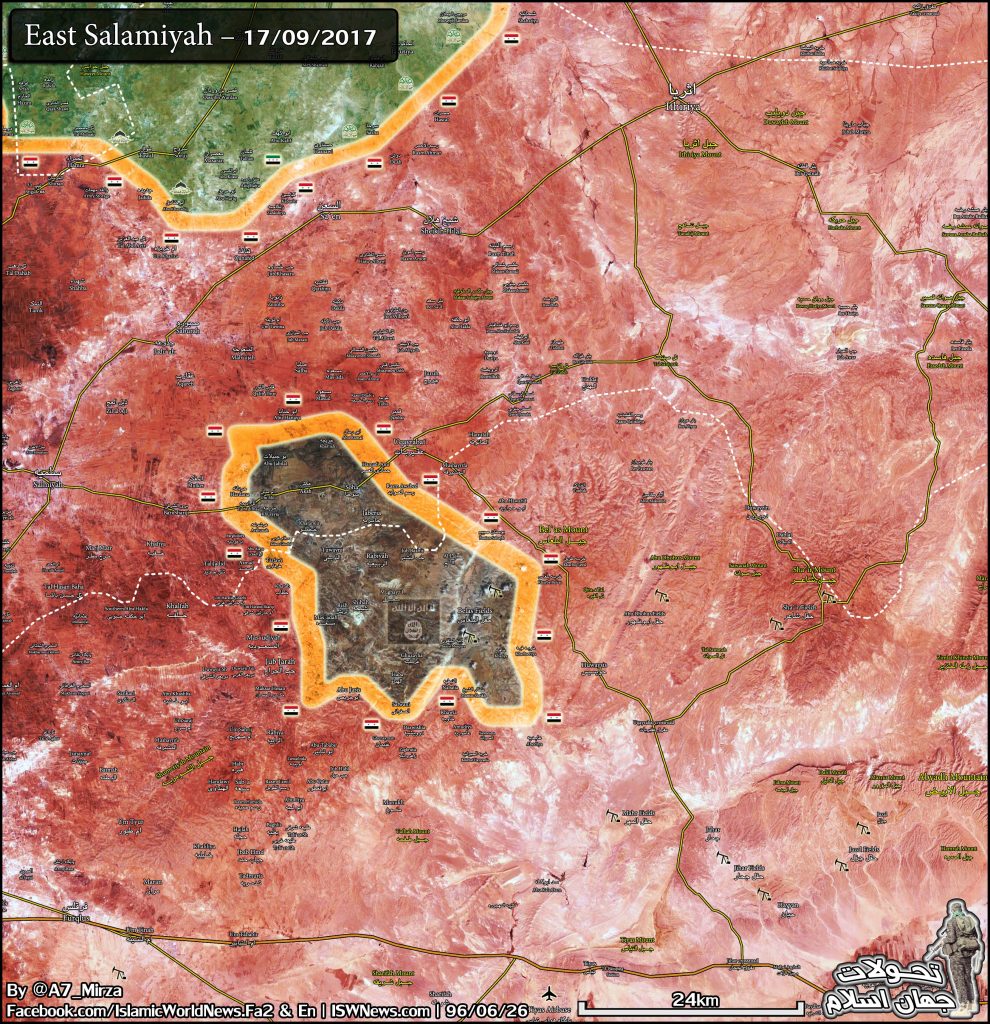 The Syrian Arab Army (SAA) and its allies liberated a large area from ISIS in the eastern countryside of Hama, north of the Homs-Palmyra highway, during the last week.

On Monday, government troops continued their operation against ISIS aiming to clear the entire ISIS-held pocket.