CBS news team in Syria’s Idlib and interview with terrorists! 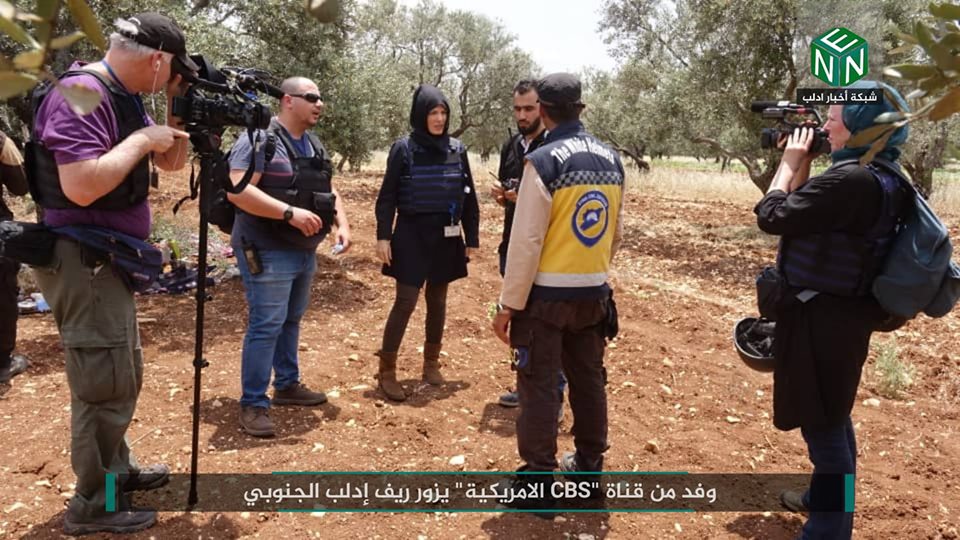 The picture you see is the presence of the American CBS Network in the Syria’s Idlib region and interview with Hadi Abdullah, the well-known militant’s reporter in the presence of a notorious “White Helmets” element.

The CBS covering Russian and Syrian strikes on terrorists and towns in Idlib region, its ok! but it would be very nice if the western MSM, at least paid attention to recent crimes by militants regarding killing innocent people in Suqaylabia or even yesterday crimes in Wadihi in southern Aleppo which 12 people were killed in a wedding ceremony by militants attack.

Oh of course, sorry! we had forgotten that for them “the end does justify the means”, even if their desired democracy in Syria is al-Qaeda…