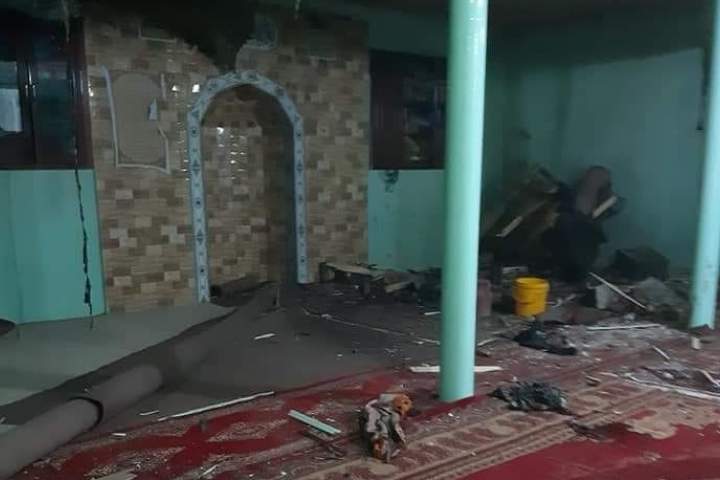 Latest news about the escalation of Taliban’s attacks, and targeting Shia populated regions

1. Ghor:
– In result of Taliban attack against Saghar town, 15 of popular mobilization people were martyred;
Also according to the local sources, during this fight two of Taliban forces were killed and 8 more injured.
– Taliban have captured the Jwajah region in Saghar town.
– Also the “Paye-e-Hesar” region in Taywarah town, after two month of resistance, have fallen in to the hands of Taliban.

2. Daykundi:
In result of Taliban attack against security forces & popular mobilization checkpoints in Kajran, 7 were martyred and 4 more injured. Some of the checkpoints have fallen and captures by Taliban.

3. Jozjan:
– 42 of army forces which were imprisoned by Taliban, have been released with the mediation of elders of Jozjan tribes.
– According to the local sources during the clashes in Qosh Tappa 12 (the head of Qosh Tappa’s security forces and his men, and 3 of their family members) were martyred, and 17 more missing.
Also after Taliban’s control over Qosh Tappa, all of government installation & equipment were burned by Taliban.

4. Faryab:
In result of armed & rocket attack to Friday market of Khawjah Sabz Push town, 4 were martyred and 36 more injured.

5. Ghazni:
Due to terrorist explosion in Muhammadiah mosque in Khake Gharib area west of Ghazni, one kid and one man were martyred and 20 other were wounded.
ISIS is the main suspect of the incident.

6. Herat:
During Taliban attack to a security post in Maalumah area, Karakh district, 10 of Taliban forces including Molla Ghoth al Din, a Taliban commander and 9 other were killed and 15 other were wounded. Also in this clashes 4 of popular mobilization forces were martyred and 6 other were wounded.