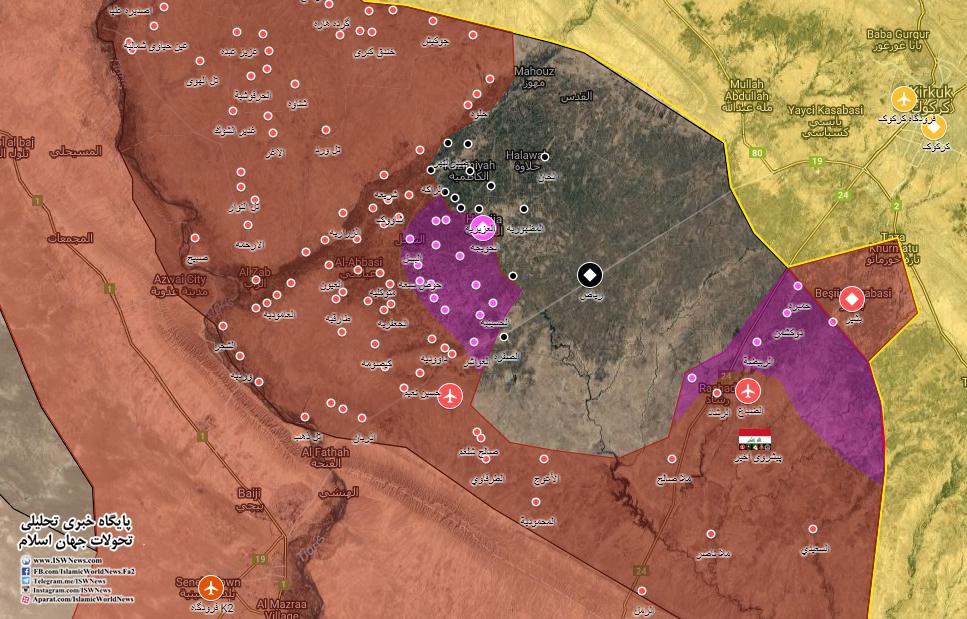 Following the advances of the Iraqi Joint Forces, from axes of the last day, and approaching the city of Hawija, today on Wednesday the forces announced the start of liberation for the city, and the surrounding villages. The city was surrounded by noon until midday, and the Iraqi forces managed to enter the city from the northwest and within hours, controled the city and several surrounding villages with a total area of ​​500 square kilometers.

The achievements of the sixth day of operation included:

3- Liberation of the al-Harariyat area in the southwest