Three main reasons which bind all kurds to Iran 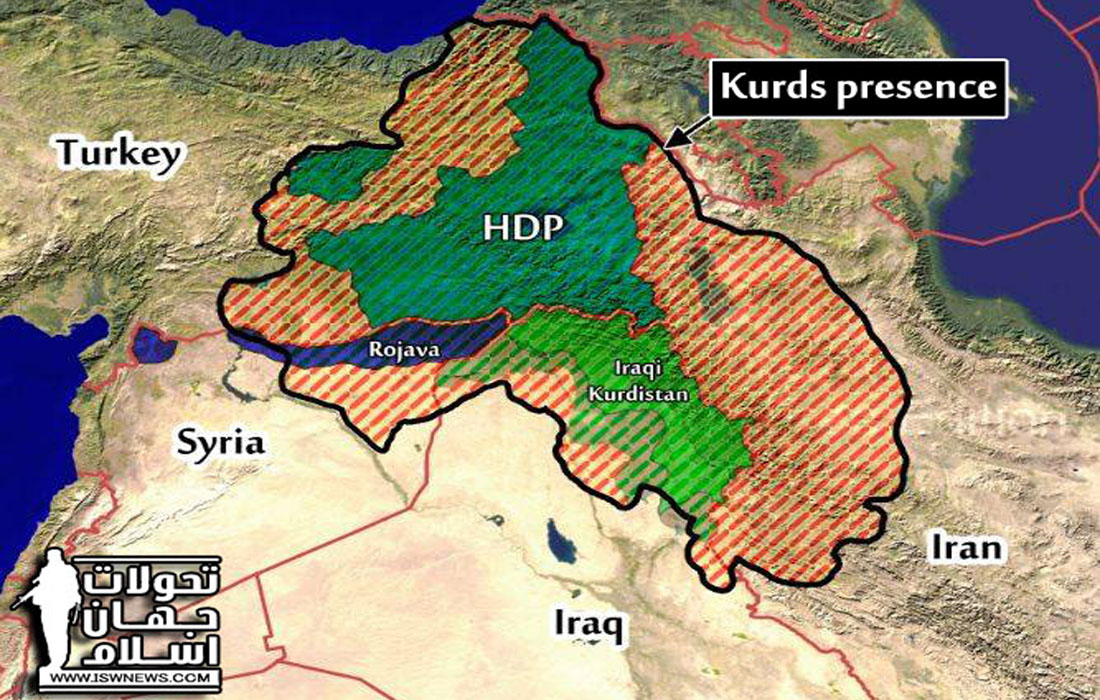 This essay is about three aspects “the difference between the foundations of national identity in Iran and other countries with Kurdish inhabitants,” “the close relation of ethnic and racial identities of the Kurds to the rest of Iran,” and the “cultural and political approach of the Iranian government towards the Kurds” and shows that how the Kurds of the region have left far from their original identity.

An important point in the history of the Kurdish struggles is the remarkable difference between the Kurdish riots in Iran compared to the riots in Turkey and Iraq. The Iraqi Kurds had bloody clashes with the Iraq(central government) for a long time. in Anfal operation , which was launched by the Saddam Hussein against the Kurds.especially in 1988 that 180 thousands Kurds lost their lives.

The war between the PKK and the Turkish government, which has been taking place in the country since 1984, caused nearly 50 thousand dead.

But the war between the Iranian government and Kurdish armed groups is far less extensive. This is the result of the less friction(struggle) of the Kurdish society with the government compared to the Kurds of Iraq, Turkey and Syria, which makes the Kurdish insurgent groups unable to attract people’s support like the insurgents in three other countries did. This issue has so many reasons that most notable reasons are these:

1. Differences in the national identity in Iran with other countries with Kurdish population.

National identity in Iraq and Turkey is defined by ethnicity. Turkey has based its national identity on Turkism, and Turkey’s name comes from the Turkish word. According to the Turkish Constitution, all citizens of this country are considered to be Turkish. Turkey gave the Kurds the title of “Turk of Mountain” and by 1991, the use of words such as Kurdistan and Kurd in this country was prohibited even in personal life.

In Iraq, the Ba’ath Party was an Arab nationalist party, which established the country’s identity on Arabs.

In Syria, the same is true about the Arab Ba’ath Party, and its official name is the Syrian Arab Republic. On the contrary, Iran has not defined its identity on ethnicity.

In Iran, different ethnic groups have lived together for a long time and have formed kind of historical identity, while Turkey, Iraq, and Syria all founded after the First World War and after the fall of Ottoman caliphate, especially Syria and Iraq have a short historical identity as new founded countries . In addition, from the time of Safavids, Iranian identity has been defined based on the religion of Islam and Shiite religion, not ethnicity. That is why in Iran, the Shiite Kurds have not shown any ethnocentric tendencies, and almost all Kurdish ethnic struggles have occurred in the Sunni areas. However, it should be noted that the root of the ethnocentric struggles of the Sunni does not return to the differences between the two Shiite and Sunni religions. Basically, in the regions with Sunni population in Kurdistan, political Sunni Islam has little power(influence), and the vast majority of Kurdish armed groups follow a leftist(left wing)or nationalist ideology. The cause of the emergence of ethnic identity in the Sunni Kurdistan of Iran is that the people of these areas are not part of Shiite religion, which is one of the most important elements of the unity of the majority of the people of Iran. Of course, this does not mean ignoring other unifying elements of Islam, the Iranian historical identity, and linguistic and ethnic similarities. As we have seen and will see, these factors have made the Kurdish ethnic conflict less in Iran than the neighboring countries.

The race of Kurds are among the Aryan tribes. Kurdish is also one of the branches of Persian language in linguistic divisions and is similar to Persian language and local languages ​​in Iran. Like other Iranians, the Kurds celebrate Nowruz and also Kurds & Iranians have many common culture and myths .But there are no similarities between Kurdish language, culture, and myths with the language, culture and myths of Arabs and Turks.

In Turkey and Syria, Nowruz was a political event and a sign of Kurdish ethnic identity. Because of that, for a long time, severe restrictions were imposed by the governments of these countries on this celebration, and in some cases, Kurds were killed by the security forces. But Nowruz throughout Iran is a national celebration that various ethnic groups of Iran celebrate along with the government. Because of these reasons, the sense of belonging to the Iranian identity among Kurds is far more than their solidarity with Turkish and Arab identities.

Iran has chosen a more liberal cultural and political approach to its ethnic groups, including the Kurds. Unlike Turkey, the use of Kurdish or the use of words had not been forbidden in Kurdistan in Iran. Kurdish language has long been used in local media, and in recent years, the teaching of ethnic languages ​​in schools has also been provided. Also, the Shiite Kurdish politicians did not have any obstacle to reach the highest political and administrative positions. Such conditions have not existed for a long time in Syria, Turkey and Iraq, or still does not exist. Before the Syrian civil war, the government refused even to issue birth certificate for Kurd residents and to recognize their citizenship. There were also obvious discrimination against Kurdish citizens in Turkey and Iraq.

Although some of the dissatisfaction and independency tendencies in the Sunni regions of Kurdistan of Iran can not be denied, these reasons, plus the political and security problems, except in the first two decades of the revolution, and especially in the early years, the activities of the Kurdish rebel groups were mainly limited scattered attacks on the border areas from inside of the Iraqi Kurdistan and these attacks were stopped at some points.

PS: This map does not represent correct & exact boundaries, and it’s just the hypothetical range of Kurdish presence in region