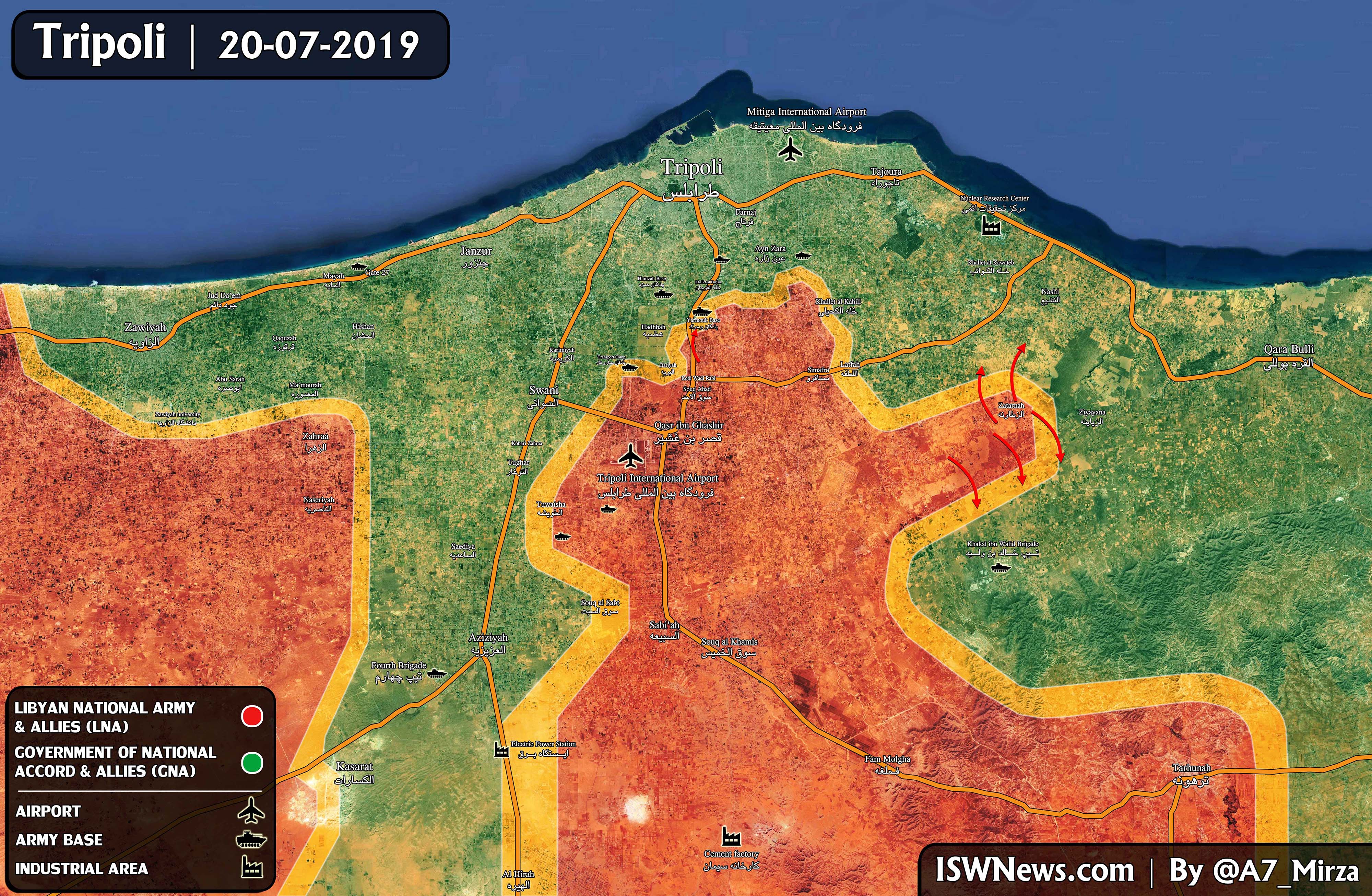 – The Libyan National Army after a long time halt in the Ain Zara area, start its advances and after severe engagements entered Yarmuk military camp. It is said Government of National Accord forces have retreated from the camp and engagements are continuing inside and around the camp.

– LNA forces controlling more of the areas around Zatarnah village in southeast of Tripoli.

– LNA reclaimed Kalibah area in south of Gharyan again. LNA troops, in an operation 20 days ago, were forced to retreat from Gharyan town and southern parts of it.