Brik: “Yemen’s Southerners Ready to Be Deployed to Libya” 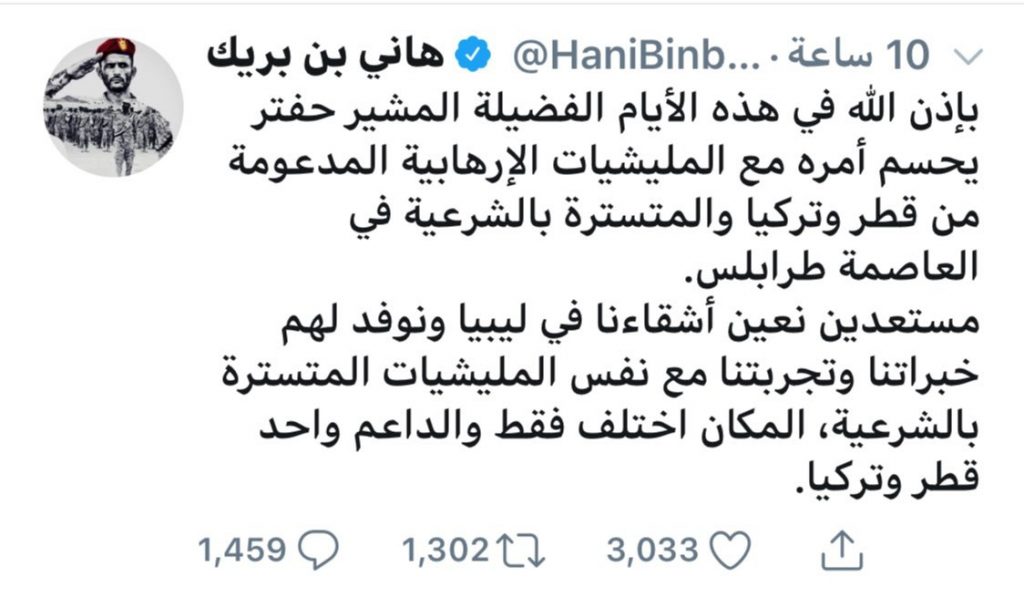 ISWNews Analysis Group: Hani Bin Brik, a leader of Yemen’s Southerners said we are ready to deploy troops to Libya.

Hani Bin Brik, who was the leader of the recent coup in Aden and deputy of Southern Transitional Council, in a tweet showed interest in sending troops to Libya and help Gen. Haftar to reclaim Tripoli, capital of Libya from Government of National Accord (GNA).
He considers his forces ready to fight terrorism and said: “We are ready to transfer our experiences of fighting terrorism to our brothers in Libya, different places but same supporters, Qatar and Turkey.”