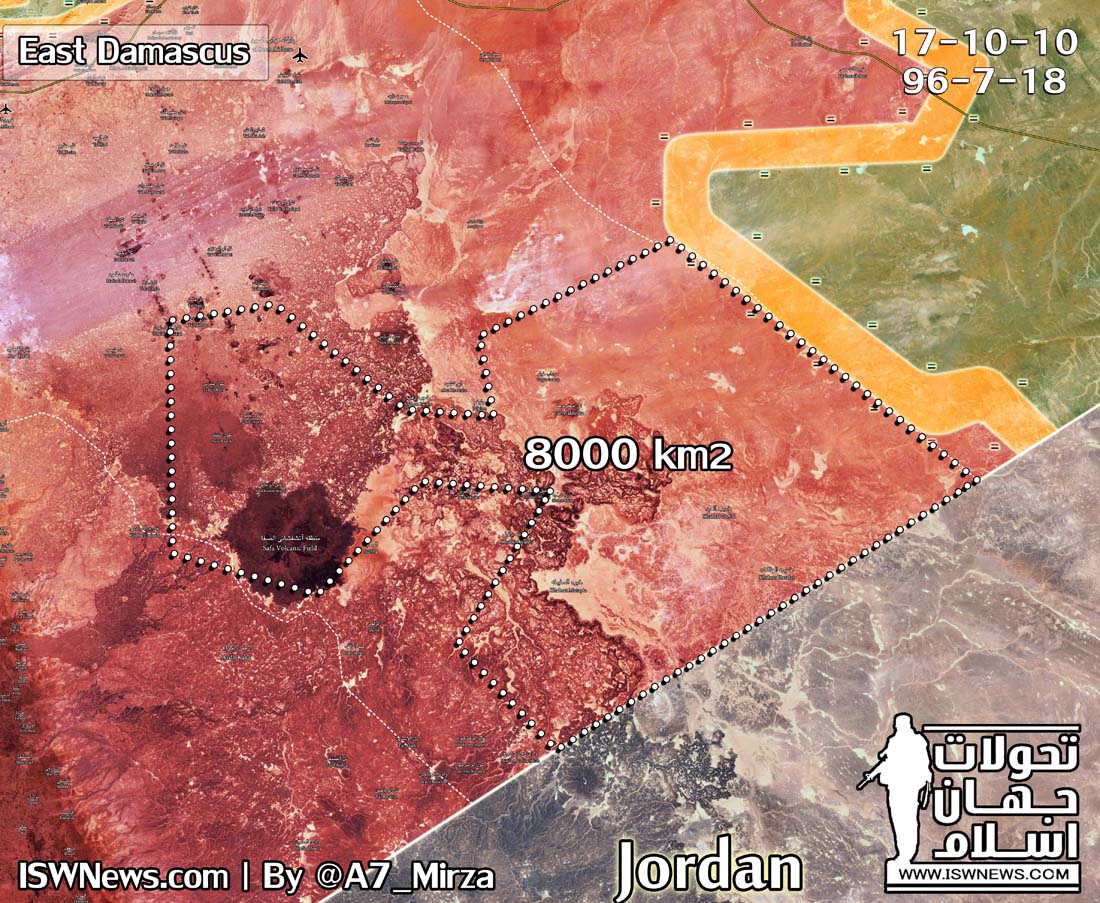 According to the news and analytics outlet of Islamic World News the Syrian army succeeded in liberating nearly 8,000 square kilometers in the southeast of Syria by advancing along the southern borders and liberating main roads.

The achievement was gained while the Syrian army and Allied forces succeeded in moving forward in the eastern desert of Damascus and not only they liberated important points such as Tel-al-Dakwah, Jabal-Al Sis, Tel-al-Makhul, Tolul raqilah, Kharbah al-Ambashi and Jabal-el-Jarin they besieged the rebels in the central areas of the desert of Damascus.

In the Following of the operation, since the middle of August, advances began to clear all border areas with Jordan and the illegal passageways that the militants used to transport weapons and logistics from Jordan to Syria, and in the first step, an area of ​​nearly 1,300 km Square of Suweida province and Damascus was liberated.

The final phase of clearing the border with Jordan and the complete clearance of the deserts of Damascus in the last three months was slowly and without attracting attention and with least tension, and finally, with the arrival of the Syrian army at the border post of 204 at 55 kilometers to al-Tanf; the rebels had to retreat from the besieged areas and an area of ​​nearly 8,000 square kilometers was liberated from eastern Damascus, and rebels were thrown out completely from east of Damascus.