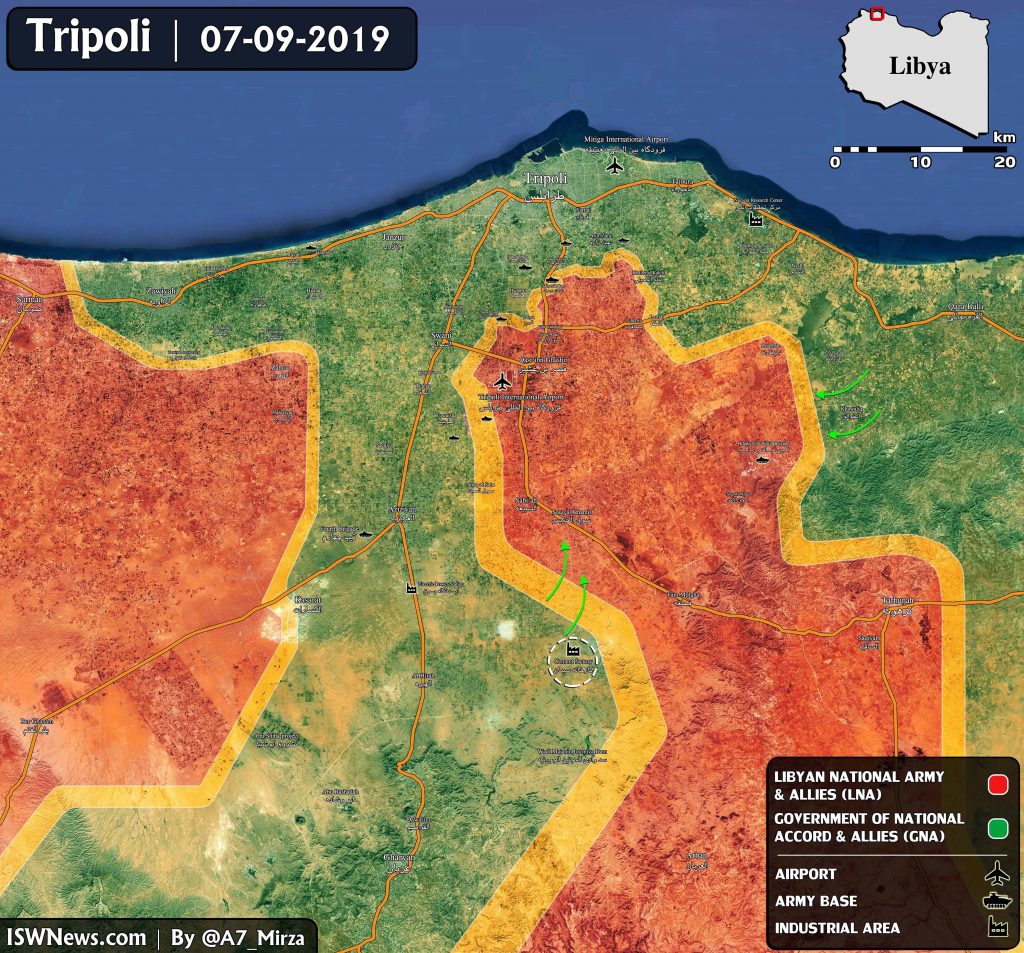 In recent days tensions intensified in south of Tripoli and today the Government of National Accord(GNA) forces could capture the cement factory in south of Soq Al Khamis from LNA forces.
On this front, the GNA forces are advancing towards Soq Al Khamis.

GNA forces also opened a new front in Zatarnah axis and could advance in near Khawaliq. It is said that the Libyan National Army(LNA) forces retreated without engagement from Khawaliq area.

Clashes between the LNA and GNA forces continue in Ain Zarah front without notable change in the military map of the area.