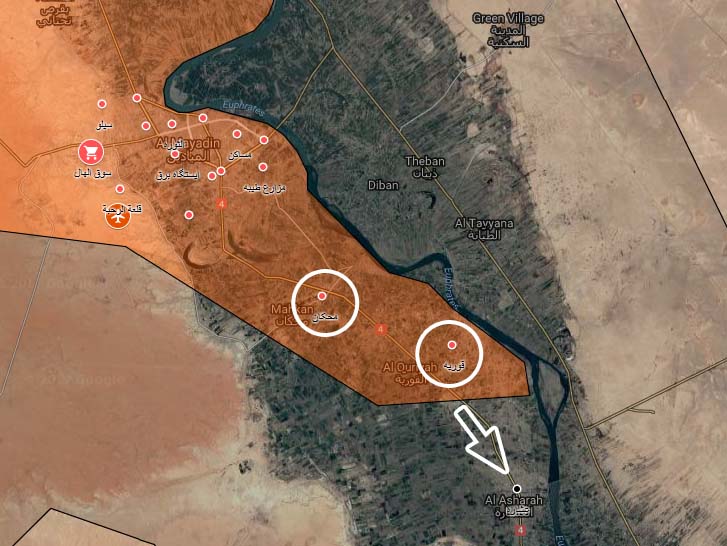 Last weekend, the US-backed Syrian Democratic Forces (SDF) announced that they captured the Omar oil fields on the eastern bank of Euphrates in the province of Deir Ezzor. However, so far pro-Kurdish sources have not been able to provide a visual confirmation of this SDF advance.

According to some sources, the SDF “control” over the Omar oil fields became possible after ISIS-affiliated militants operatinng in the area defected to the US-backed force.

Recently, the the Syrian Arab Army (SAA) advanced southeast of al-Mayadin city, liberated the villages of Mahkan and Quriyah and advanced on al-Asharah. Clashes in the area are now ongoing.