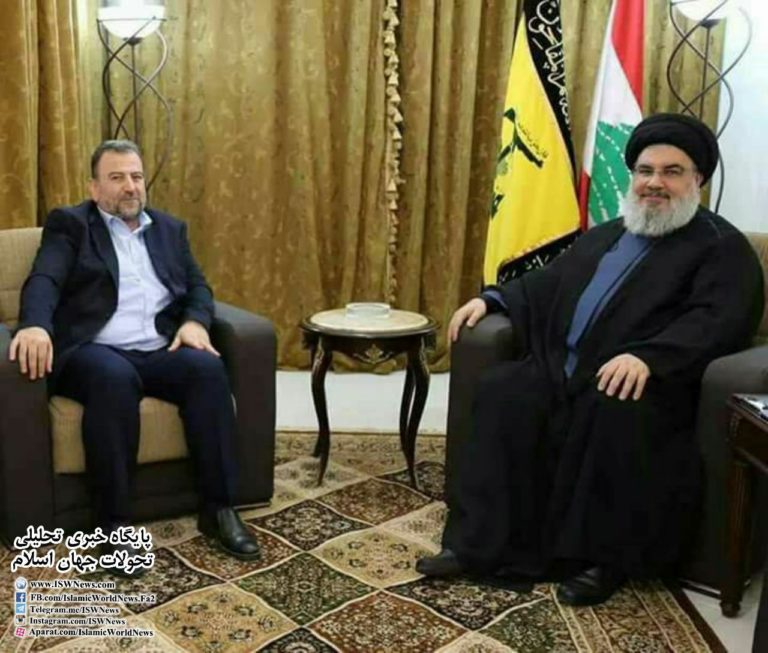 The two sides discussed the recent developments and situation in Gaza in wake of the recent Israeli actions in the the region and emphasized the need of solidarity and unity in front of the Zionist aggression.
They also discussed the Palestinian national reconciliation and the situation in the region.
Narsallah gave condolences for a number of dead Palestinian resistance member by Israel army attack on their tunnel east of Khan Yunis, in an area south of Gaza strip.
In this regard, Hasan Nasrallah spoke with Ramadan Shala, a leader of the Palestinian Islamic Jihad (PIJ) movement, and gave condolences for the dead resistance members during the recent Israeli attack.
Condemning this action, Nasrallah praised the resistance and sacrifices of the resistance forces in Gaza, especially members of the PIJ.
Translation provided by SouthFront
Share it:
Aruri Hezbollah ISW ISWNews Nasrollah