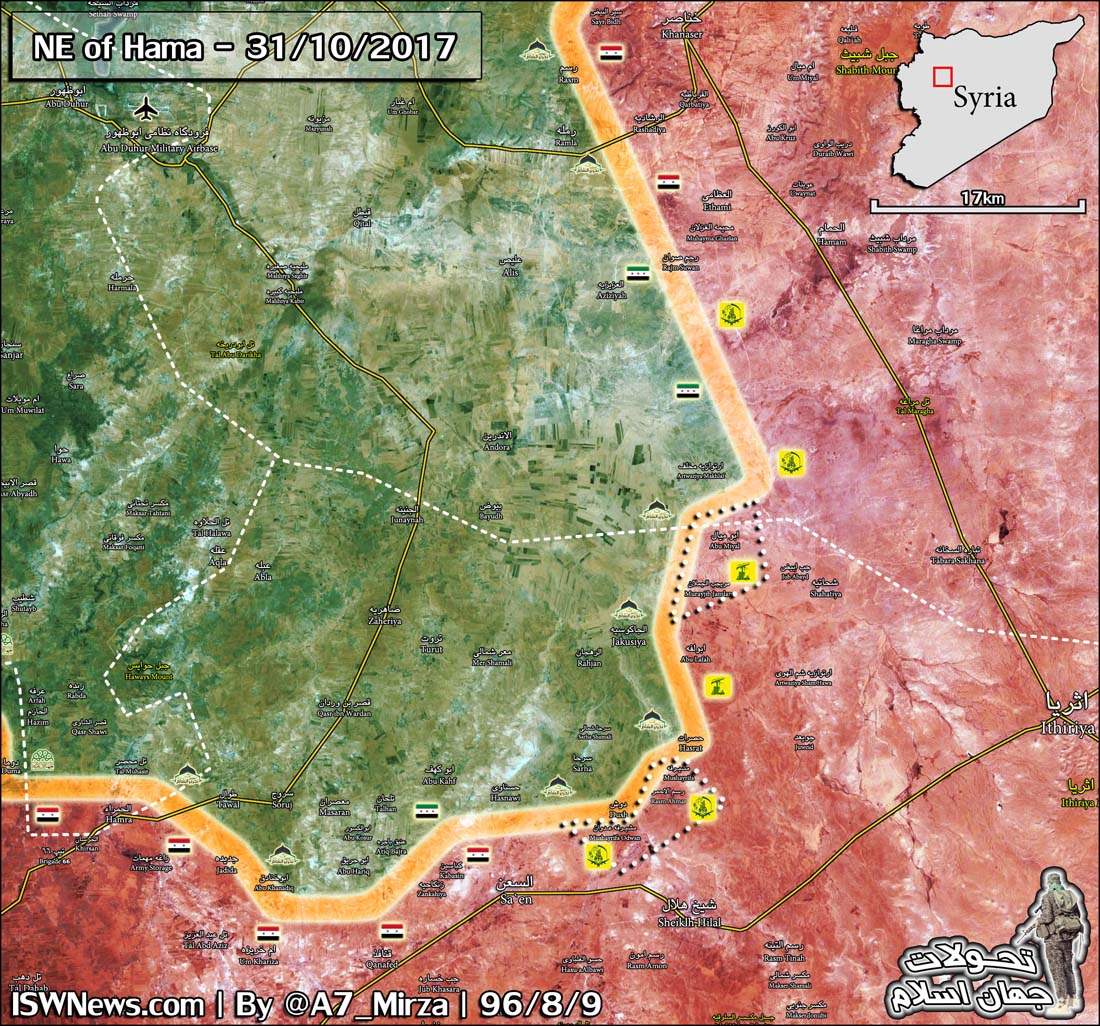 The Syrian Arab Army assisted by Liwa Fatemiyoun (also known as Fatemiyoun Division) and Hezbollah have liberated a significant area from Hayat Tahrir al-Sham in the northeast Hama countryside.

The avdance was spported by Iranian unmanned combat aerial vehicles.