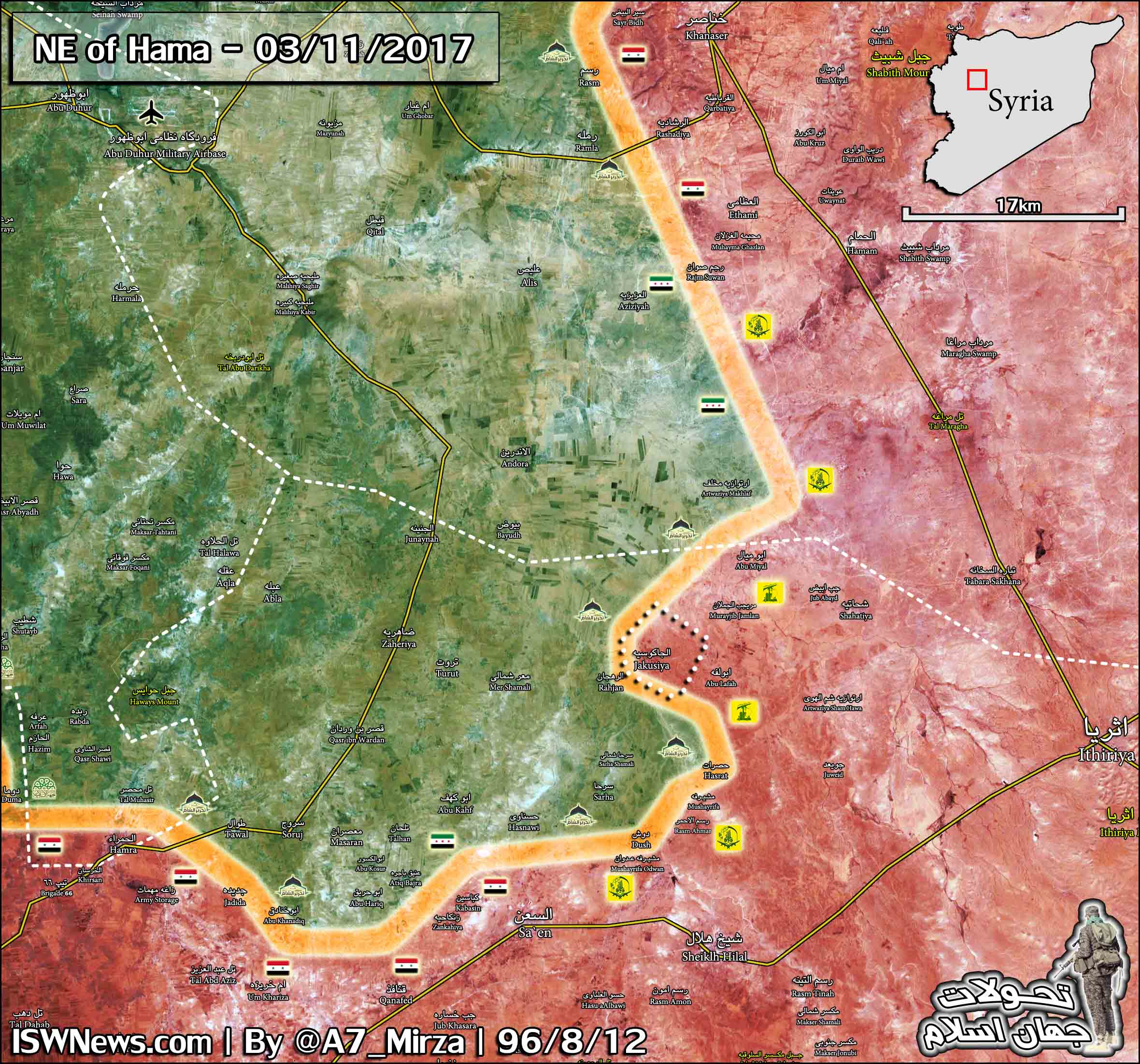 The Syrian Arab Army (SAA) has liberated the village of Shakusiyah from Hayat Tahrir al-Sham (formerly Jabhat al-Nusra, the Syrian branch of al-Qaeda) in northern Hama, according to pro-government sources.

Thus, the SAA reached the crossroad town of Rahijah, which may become the next target of the government advace. If the SAA captures Rahjan, it will be able to use it as a foothold for further operations amed at shortening a frontline and securing the recent gains in northern Hama.