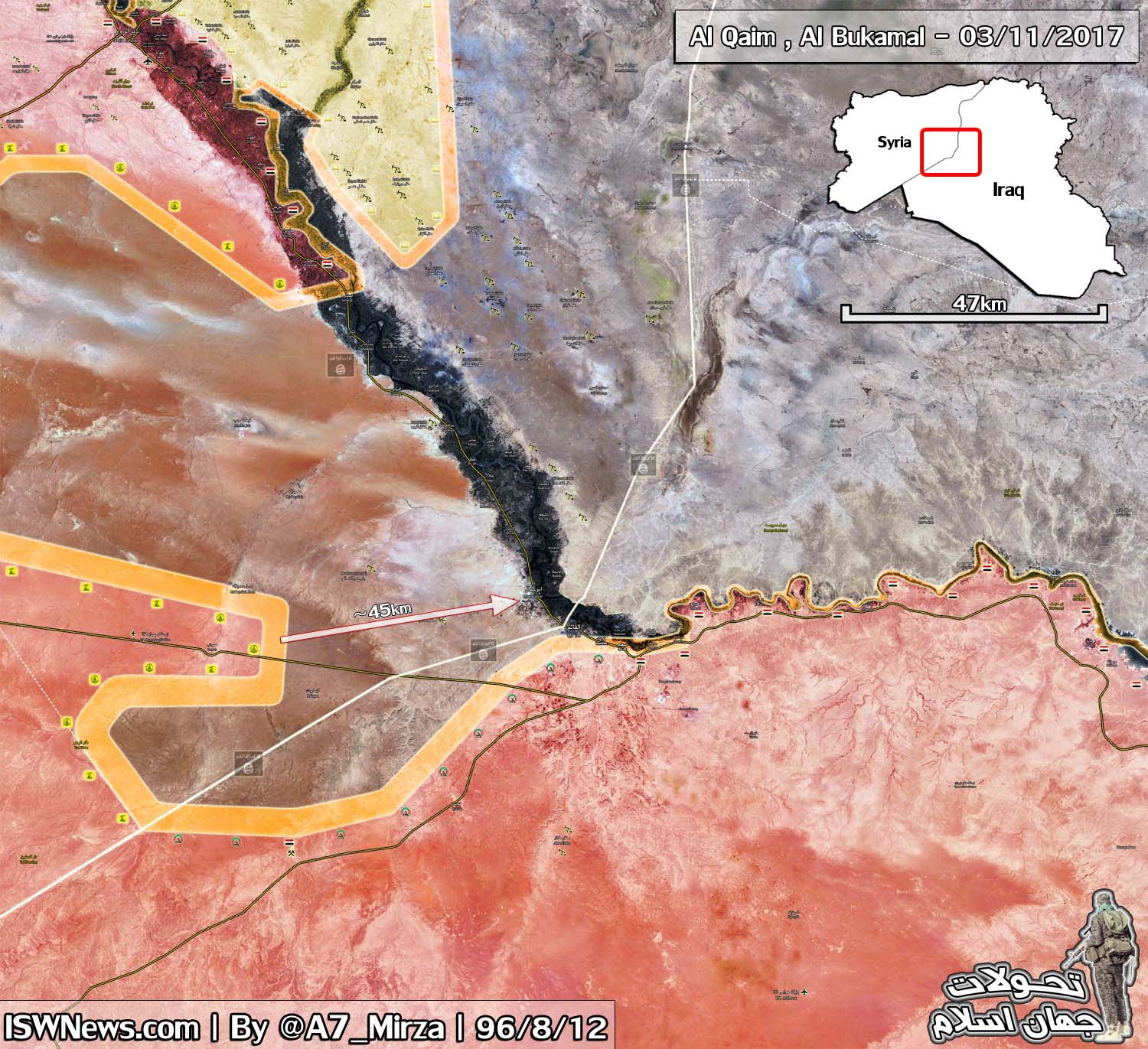 On November 3, the Iraqi Army and the Popular Mobilization Units (PMU) started a military operation to retake the ISIS-held border town of al-Qaim located on the highway between the Iraqi capital, Baghdad, and the recently liberated Syrian city of Deir Ezzor.

In total, the operation involved about 40,000 troops supported by the Iraqi Air Force and the US-led coalition’s airpower.

The town of al-Qaim is the last major ISIS stronghold in Iraq. As soon as its liberated by Iraqi forces, the Syrian ISIS stronghold of al-Bukamal will become an obvious targets for anti-terrorist forces in Syria.