Middle East
Permits Which Will Be Abolished Soon! 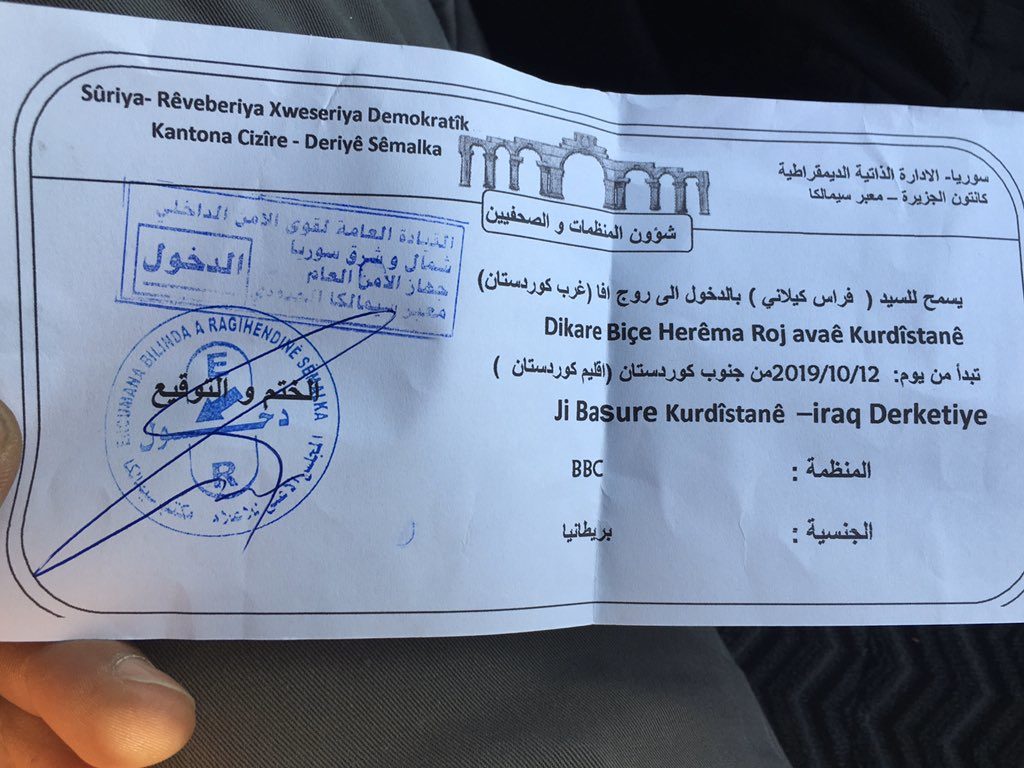 Most probably these are the last permits to be issued to enter northeast of Syria.
For years some separatists had the dream of separation or independence, and it was the naive idea that indeed kept them from returning to their nation.
The dream of independent western Kurdistan will be dead since now and of course it is better for the Syrian government to change its behavior about Kurds and fix the problems they had before the war and maybe the Syrian Arab Army is better to be not the Syrian Arab Army but be the Syrian Army, an army for all the Syrian people, not just the Arab…

Image: Permit for a BBC correspondent to enter Syrian Kurdistan.