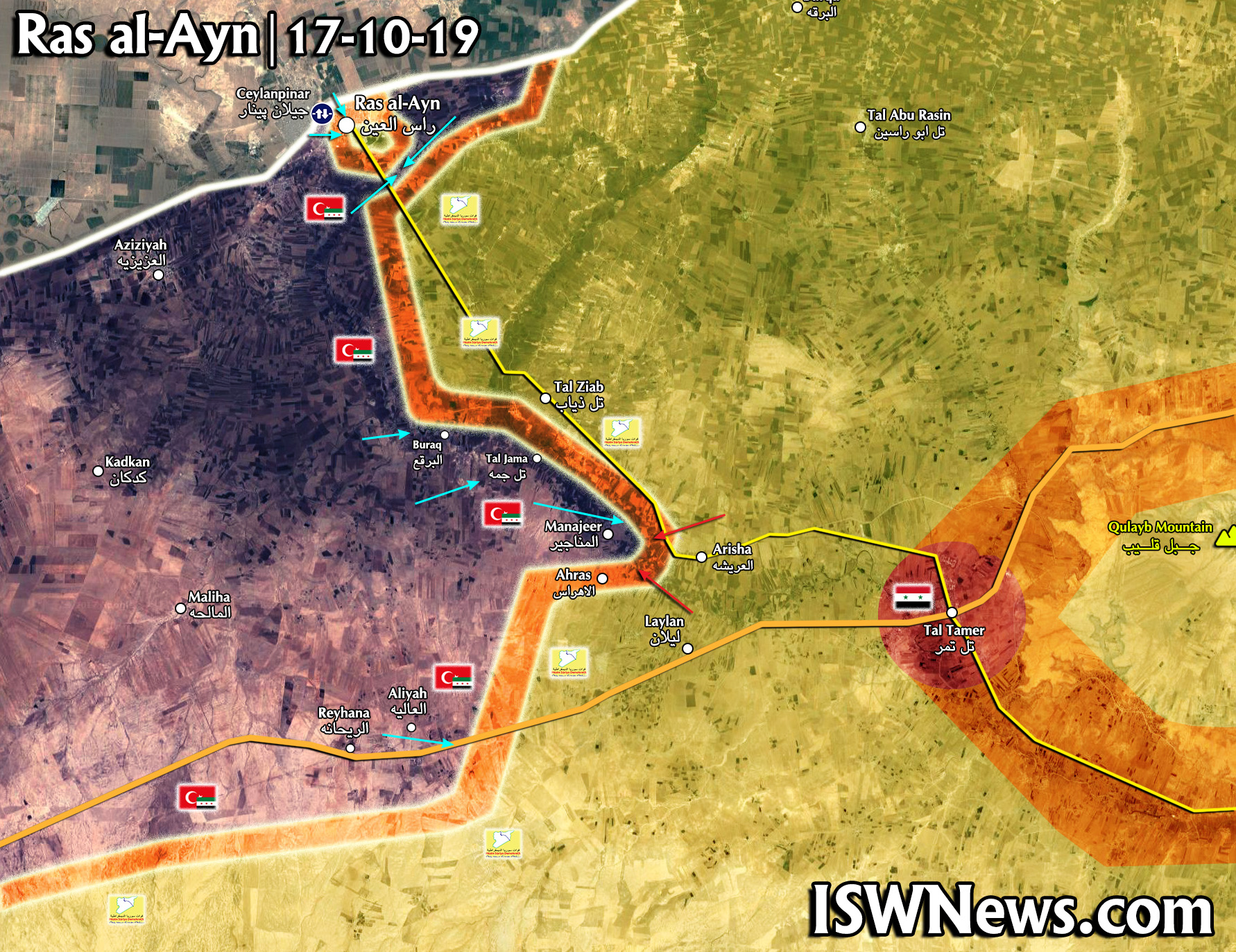 ISWNews Analysis Group: After Turkey-led forces advance in west and east of southern road of Ras al-Ayn, this border town is under siege by Turkey’s militants.

From yesterday Turkey’s militants under ground and areal support of Turkey’s Army could block the southern road of Ras al-Ayn to Tal Tamer and the border town is practically under siege.

In recent days Turkey’s mercenaries tried several times to capture Ras al-Ayn but every time they faced strong resistance by Kurds. But according to field sources, from yesterday the attacks to town have intensified and Turkish army tried hard to occupy the city before Erdogan and United States Secretary of State and Mike Pence meeting which was not successful yet.

At the moment half of the city is under Kurds control and the other half is controlled by Turks.
Ras al-Ayn hospital is full of wounded people and SDC demanded to open a passage to send humanity aids to besieged people.

Turkey’s militants also claim to reclaim villages Manajeer, Tal Atash and Asfuriyah and other parts in south of Ras al-Ayn.