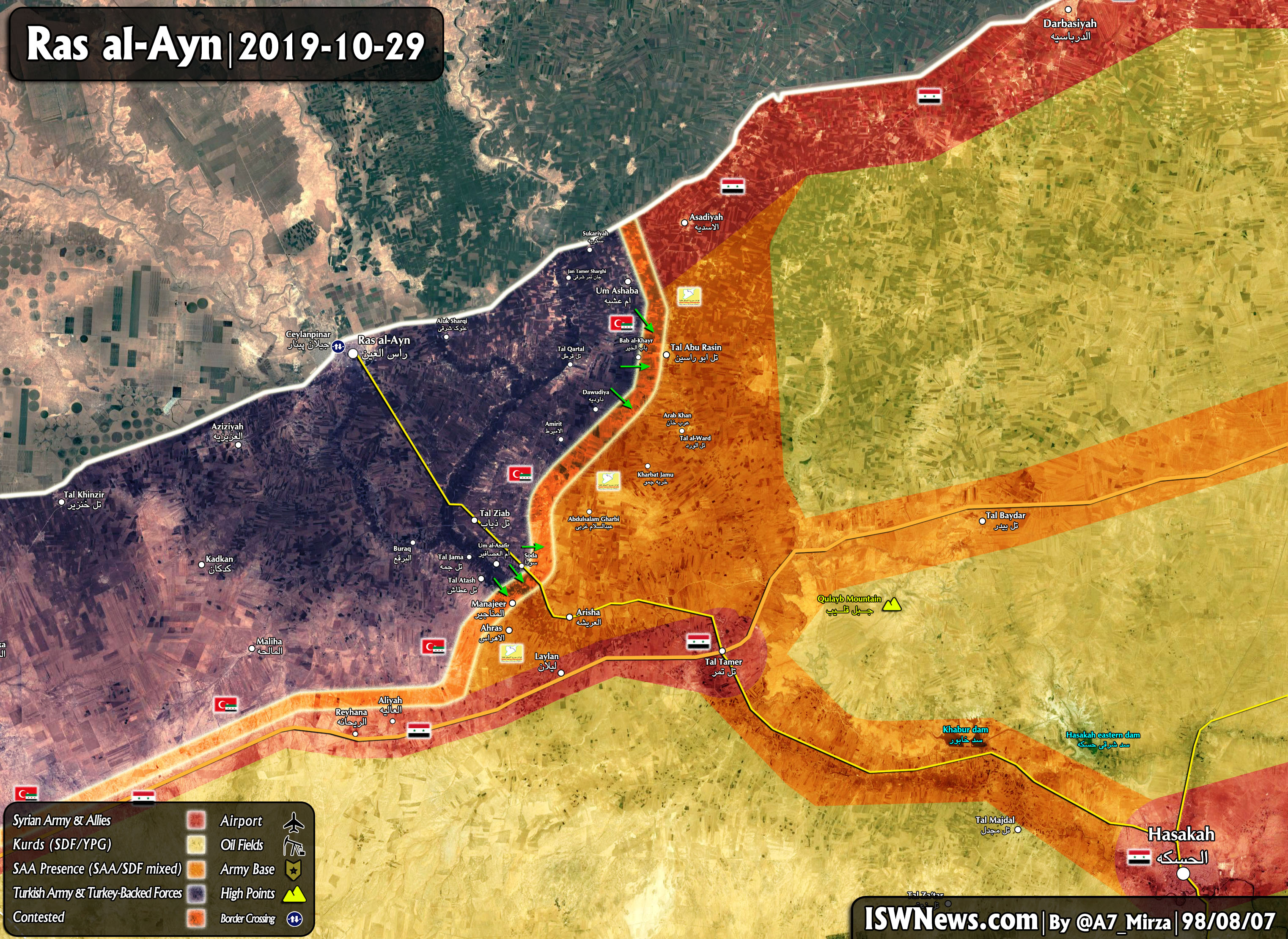 In recent days in despite of ceasefire agreed on by Syria and Russia ground operation was continuing and Turkey’s militia could capture some areas and villages in Ras al-Ayn axis from SDF and Syrian army.

It seems the agreed ceasefire was only about areas between Ras al-Ayn and Tal Abiad and Kurds retreat from there without engagement but due to unclear situation of Ras al-Ayn and its importance, both sides try to stabilize their sovereignty on it.

Anyhow continuing the operation by Turkey-led forces during the 150 hrs ceasefire was against the agreement.