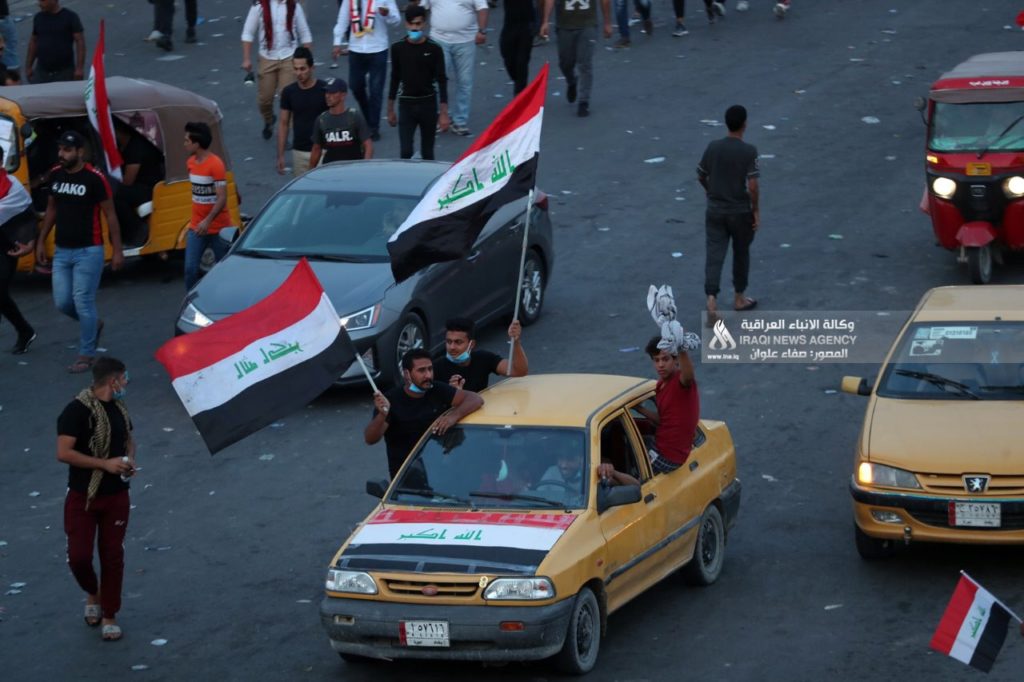 – Explosion in headquarter of communist party in Basra.

– Resident of Naser al-Turki a member of parliament from Al-Fath coalition was set on fire in Naseriyah.

– Muqtada Sadr’s message:
“Warning:
This is only for information and not scaring you. You nation are above fear.
For those who don’t pay attention… I try to inform or warn them
Yesterday Syria and then Yemen and now? Iraq
Yesterday Bashar Assad and then Mansour Hadi and now? Adel Abdul Mahdi.
O revolutionary folks, the answer we received yesterday was: Abdul Mahdi’s resignation worsens the crisis.
I say:
First, avoiding the resignation by Abdul Mahdi does not stop the blood shedding.
Second: Him being in power makes Iraq the second Yemen and Syria.
Third: I won’t participate in the coalitions I made with you anymore.
ffairs are managed by Allah before and in future and anything returns to Him.

– Presence of UN special envoy in Iraq between protesters in Tahrir square of Baghdad.

– Leader of Iran commenting on incidents of Iraq and Lebanon:
The biggest blow an enemy can do to an country is to preclude its security; what they are doing in some countries of the region and precluding their security. In the world USA and intelligence services of western countries under financial support of the region’s dogmatic states are the main source of chaos. This is the most dangerous type of enmity against another country.
I recommend the kind people of Iraq and Lebanon to first fix the insecurity.
Their people have demands, rightfully, but this should be done through their respective country’s lawful means. If in a country the structure is destroyed, nothing can be done. If there is lack of power, no positive move can be done.
They had same plan for our country too but fortunately the people realized it on time and came to the field and neutralized it.