Iraq protests: What was the story of the deadly “tear gas grenade” 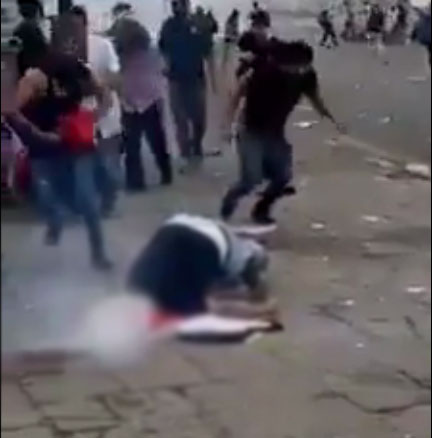 n the footages released about the protests, a peculiar incident can be seen which is not negligible, since these images excite and make the Iraqis mad the most.

From the beginning of the new round of protests in Iraq so far there are 10 cases that the teargas grenade hits the head of a protester and kills them.
For those who know little knowledge about military equipment or follow the news of protests in the world, this is very unnatural.
Basically teargas grenade does not follow a direct flying path to be aimed at someone’s head and more weird is that it hits the head and stays there until they die. Usually grenades follow a curved path and their speed or range are limited.

In the footages security forces are several hundred away from protesters and it is almost impossible to hit someone’s head with grenade and lands there! Unless Iraqi forces are using a new kind of teargas grenade which is unlikely as well. Since the main purpose of this grenade is to disperse the people not to kill them!

The only way to explain it is if the grenade is fired at a short range of 10-20 m which is more likely to aim at someone’s head. That also means the grenades are fired from among the protesters not security forces.

If someone still has doubts about the roots of the protests or at least part of it, no blame on them. But considering the experience from previous protests in other countries, these incidents and capturing them are not natural.
Of course this doesn’t mean to not be sad or feel sorry for victims. Casualties from both sides.