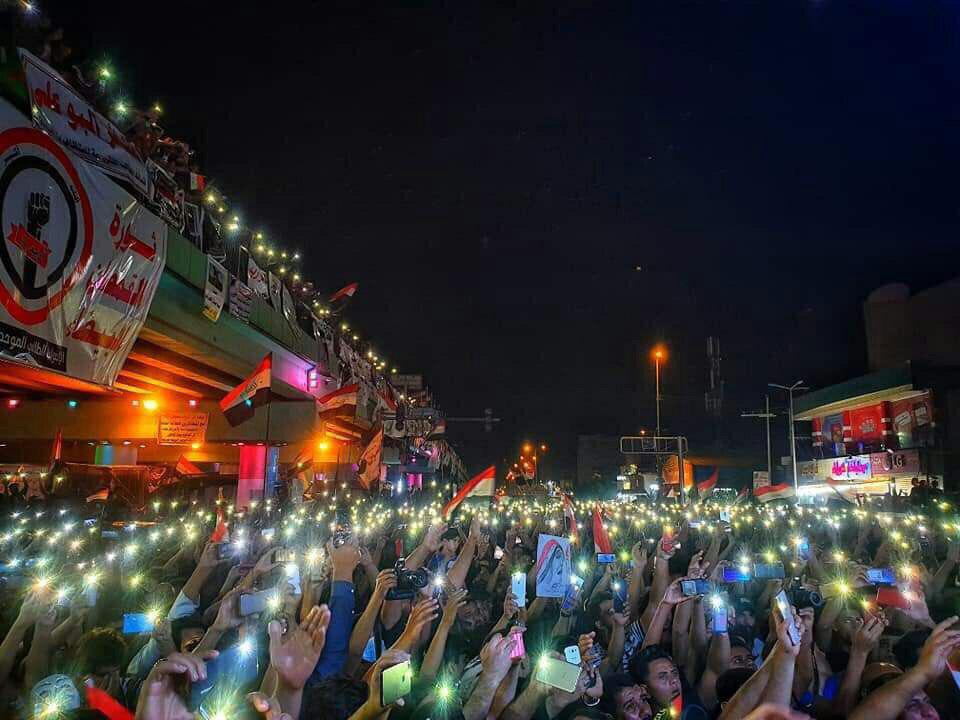 – US plan to dissociate Iraq by overthrowing Adil Abdul-Mahdi government:
Hanin al-Qadu, representative of al-Bana alliance in the parliament said: US is planning to implement dissociation of Iraq to Sunni, Shia and Kurdish regions by overthrowing Adil Abdul-Mahdi.
Al-Fath alliance reported that US and Israel trying to hold a referendum to form a Kurdish country again to separate some northern provinces from Iraq.

– US President Trump retweeted the news of protesters attacking Iran’s consulate in Karbala.
The news was broadcasted by two Saudi media.

– FIFA warning Iraq regarding the security of football match with Iran which is supposed to be held on 14 November.

– Sheikh Qais Khazali tweet:
Setting the wall of Iran’s consulate on fire by protesters and retweeting it by US president shows what we were saying about Israel, US and some states of Persian Gulf supporting some people to make the situation chaotic in Iraq.

– Israel Katz, Zionist Regime FM: We accompany Iraqis in their battle to freedom and graceful life.

– Prison verdicts for several officials in Justice Power with allegation of financial corruption.

– Iraqi President Barham Salih meeting with Ammar Hakim; both side emphasizing on fast reforms in Iraq.

– Condolence message by Hazrat Abbas shrine regarding death of one of the employees last night.
It was said he was passing by to go to a pharmacy and did not participate in the protests.

– Jasim Muhamad, former representative of Turkmens in Iraqi parliament:
Kurds preconditioned coalescing Kirkuk to Kurdistan Iqlim for reforms in the Constitution.
Another source claimed that Kurds other condition is to change federal to confederal.

– Spokesperson of Iraq’s Department of State in an interview with al-Ahd network:
Some of protesters attacked Ministry of Justice that security forces scattered them.