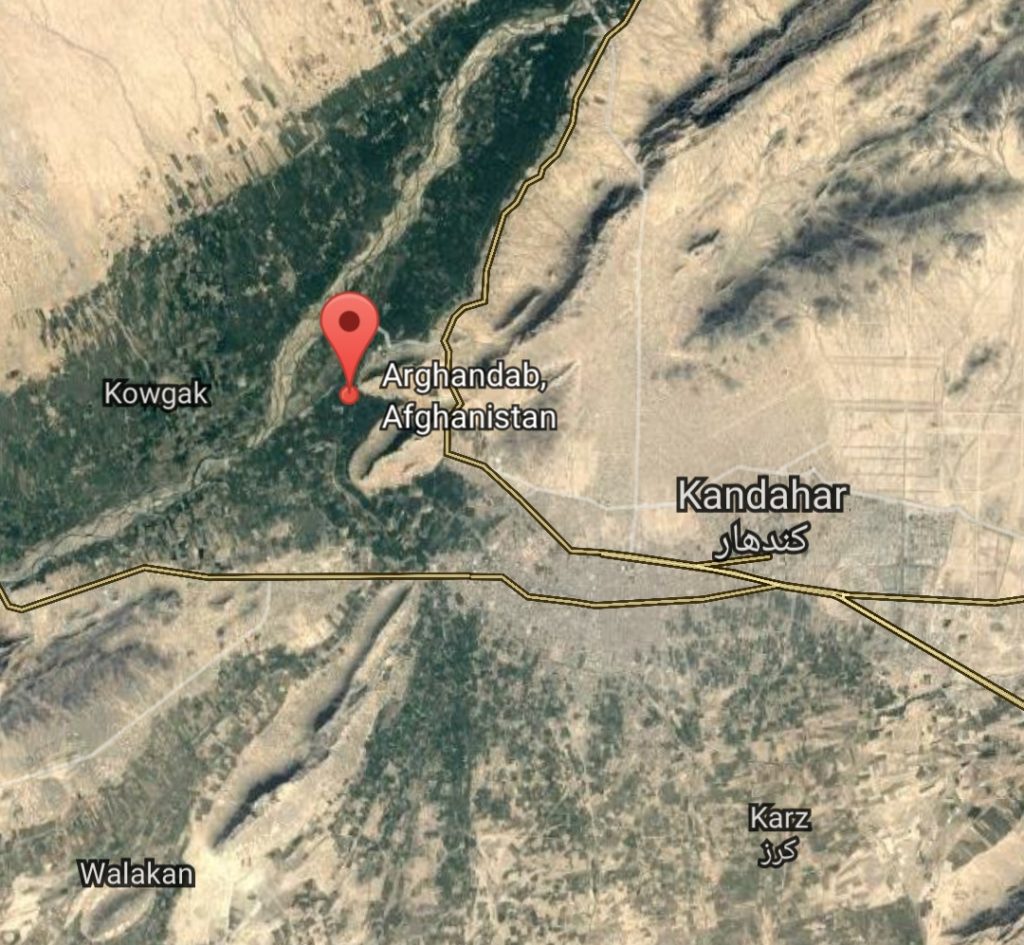 1. Qandahar:
– Taliban suicide vehicle attack to a police station of security forces in Shah Wali Kut town martyred one security force and wounded three.
– Taliban claim to occupy Arghandab town.
In Taliban’s report it was mentioned Siah Gaz area, as capital of the province, was occupied nine years ago and Deh Afghanan area was occupied recently.
– Defense Ministry reported to repel Taliban attack in Arghandab.(Arghandab location is shown in the image.)

3. Latest Updates on presidential election:
– Election committee started recounting the votes from Kabul province.
– According to a member of election committee, it is possible that the date of announcing the result postponed again.
– Abdullah Abdullah warning: We will not ignore cheating.