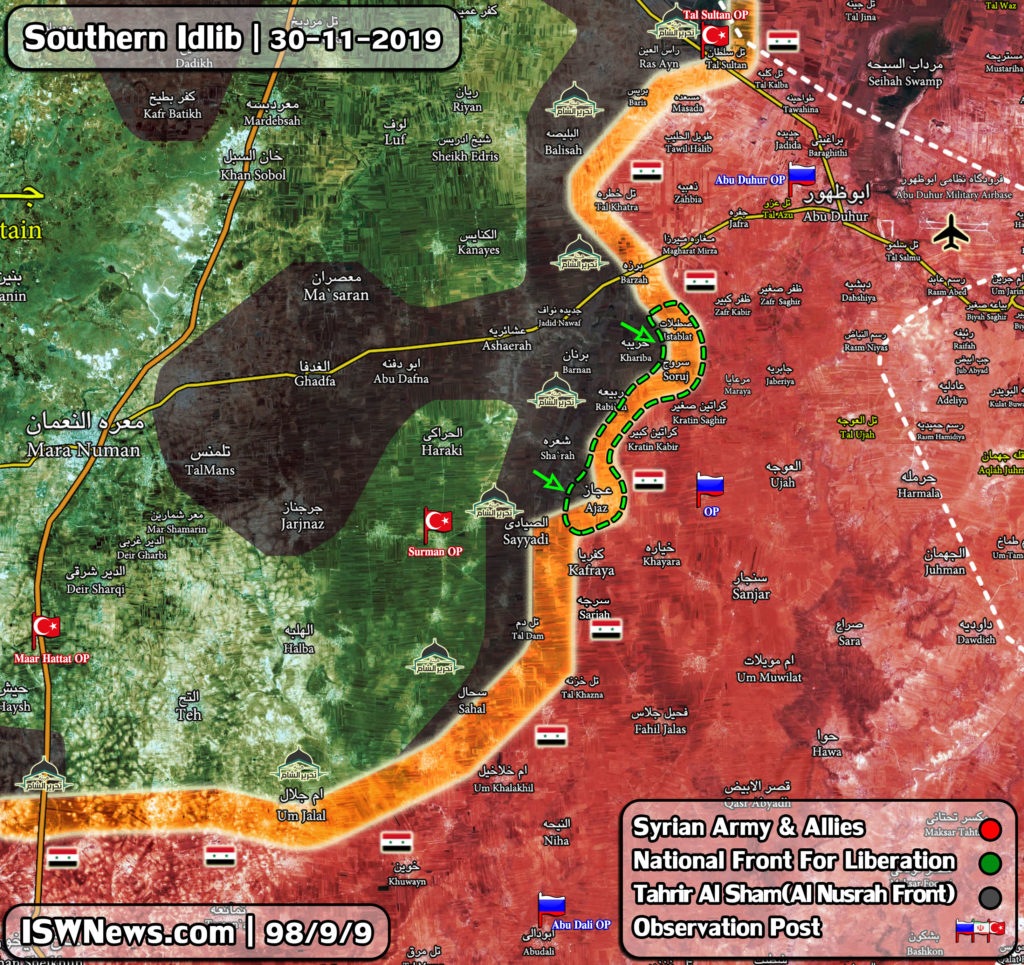 ISWNews Analysis Group: Following a large-scale attacks by Tharir al-Sham and its allies on the Syrian Army positions in southern Idlib province, number of villages fall to militants.

Today, Tahrir al-Sham terrorists and their allies entered the villages of Rasm al-Ward, Istablat, Soruj and Ajaz in the south of Idlib province.
Syrian Army sources described the militants’ advances as a result of the tactical withdrawal of Syrian Army forces from these villages and for the implementation of scorched-earth policy. If this is true, the militants will have a difficult night in the areas they have just entered.

Also today, the Syrian Army repulsed the militants attacks around the Sarjah. On the other hand, more reinforcement have been sent to southern Idlib.