How Did Palestine’s First Intifada Start? 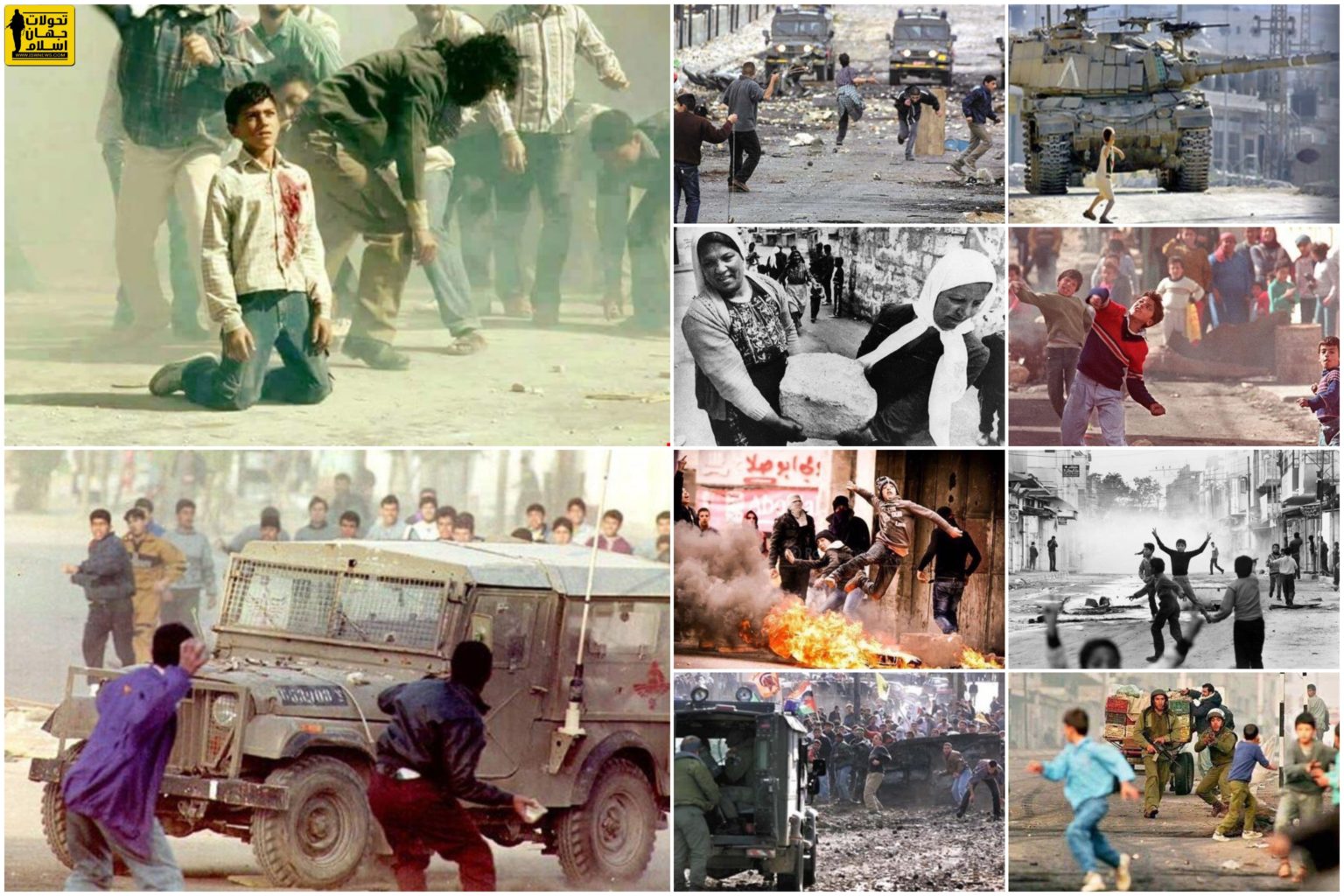 The 32nd anniversary of first intifada of Palestine, “intifada of stone”

Running over a few Palestinian workers by a Zionist regime truck and martyrdom of four Palestinians on 8 December 1987, the first Palestine’s intifada started from Jibaliyah, north of Gaza Strip and expanded to other parts of Palestine.

The first intifada was calmed down in 1991 but continued until 13 September 1993, when the Oslo agreement was signed in Washington between Yasser Arafat (Head of Palestine Liberation Organization), Yitzhak Rabin(Israel Prime Minister) and Bill Clinton (former President of USA).
According to Oslo agreement, Israeli regime is acknowledged by Palestine Liberation Organization (PLO) and using violence against Zionists is blamed. On the other hand, Israel acknowledged a Palestinian self-governed as a temporary office for five years to represent Palestinians.

– In first intifada almost 3,000 Palestinians and 160 Israelis are killed.
– Since Palestinians used stone in engagement with Zionist soldiers, this intifada is called Stone Intifada and martyred children are called Children of Stone.