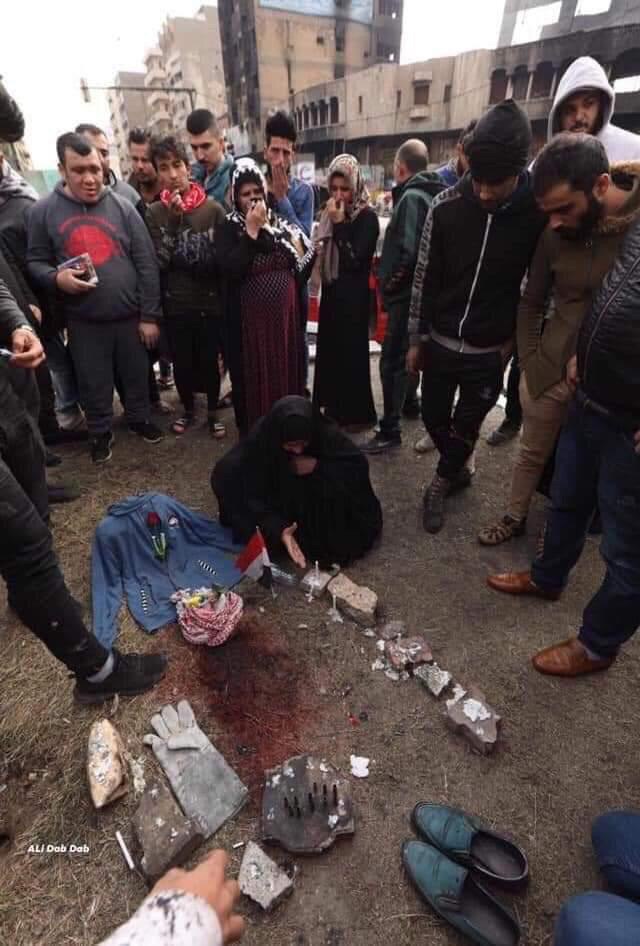 Similar to all designed protests and suspicious incidents related to them, today footages of violently killing a youth in al-Wathaba square of Baghdad was released which had different interpretations in Iraq and even Iran.

Murdered was Haitham Ali Ismail from Sadr town with 16 or 17 years old and the story of trustworthy media is as follows,

1. Eyewitnesses said that Haitham under influence of drugs started shooting at protesters from his home and killed four people. Then some protesters attacked the home and caught him in a street nearby. It is said many grenades and weapons were discovered from his home.

2. Commander of Iraqi armed forces said: Haitham Ali Ismail is the person who was executed and hung from a pole in Wathbah square. He had argument with some protesters around his home and asked them to leave. Following the heated argument he fired some warning shots and caused the protesters to attack the home with Molotovs and then folks attacked his home and made him naked and killed him and hung his body from a pole.

Security forces have not yet interfered the incidents and wait for the high officials to order them.
This is a violent incident and even if he was guilty, it was cruel and they are not acceptable in any religion or culture except Takfirism. Defending such a crime is an accomplice to the criminals. No name was introduced as the murderer and thus it seems to be a project to claim to increase the death toll for the protests.