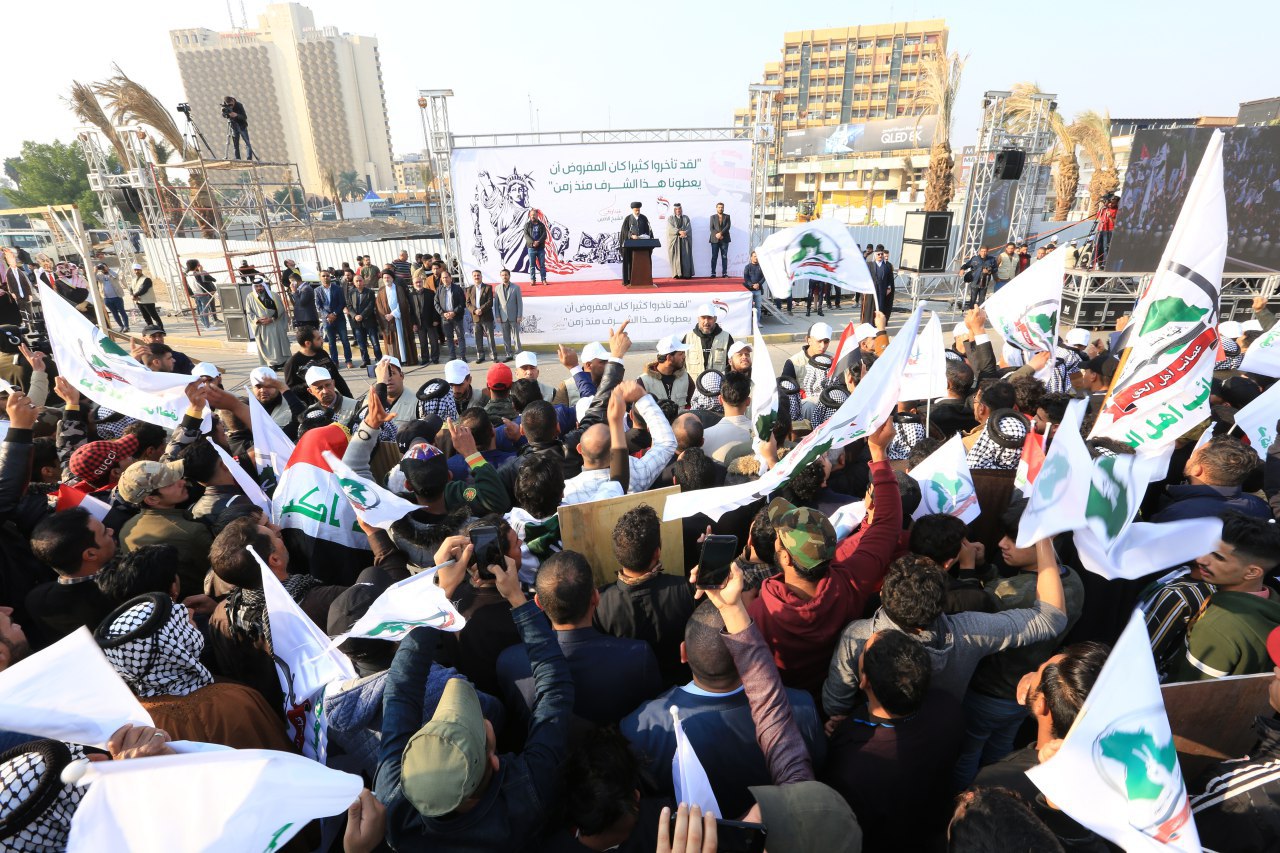 Protests in Baghdad by people and fans of Asa’ib Ahl al-Haq in support of Khaz Ali and condemning US imposing sanction on him.

1. Human Rights Watch in Iraq: Investigation shows Haitham Ali Ismail has not killed anyone during the protests.

2. Iraqi Armed Forces spokesperson:
Iraqi teenage, who was killed in al-Wathbah square, did not fire at protesters. The murderers will be punished severely.

3. Muqtada Sadr ordered to close all the organizations related to Sadr movement for a year except three departments of martyr Sayyid Muhammad Sadr and his two sons shrine, special office of martyr Sadr and Saraya Al Salam group office. Monitoring Friday prayers imams were given to the special office.

4. Sayyid Ammar Hakim (head of National Wisdom Movement): There is no candidate for PM proposed by us and we will support the candidate of folks for the transition period.

5. Some sources reported that Mohammed Shia’ Al Sudani might be the new PM.
He was proposed by Fath Coalition and State of Law Coalition and by resigning from Islamic Dawa Party, announced his political independence.
Al Sudani was a minister during Maliki and Haider al-Abadi administrations.

6. Saerun fraction letter to President Barham Salih: The next PM should be selected based on nation’s demand not corrupted parties’. The historical responsibility of selecting the new PM is by the President.

8. Protests in Baghdad by people and fans of Asa’ib Ahl al-Haq in support of Khaz Ali and condemning US imposing sanction on him.