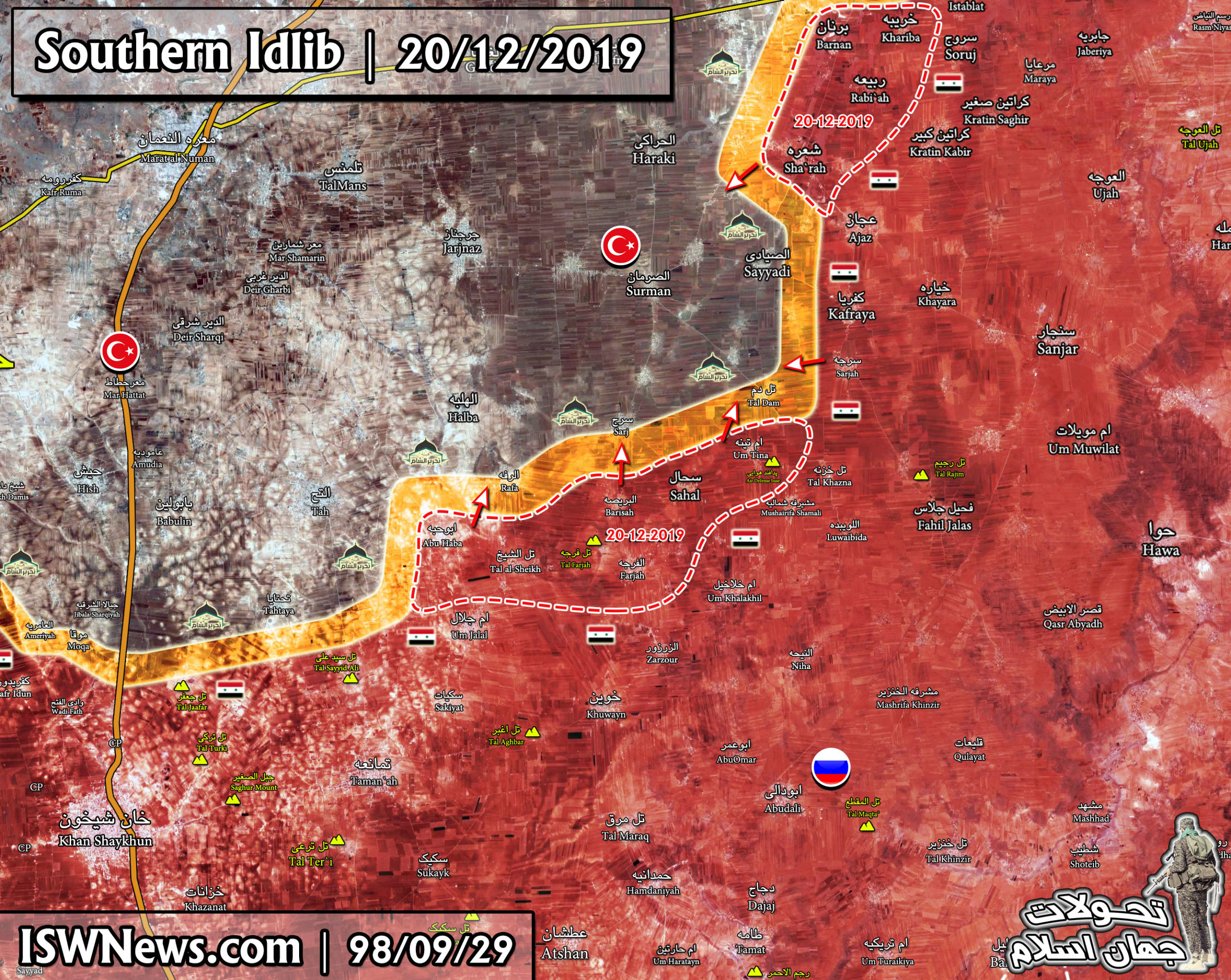 ISWNews Analysis Group: Syrian Army and Suhail Hassan forces could reclaim many villages and areas from terrorists in south of Idlib by launching blitzkrieg operations in the last 24 hours.

The operations were launched by Russian heavy air support and Syrian army artillery from last night and resulted in liberation of many villages in southeast of Idlib such as Sahal, Tal al-Sheikh, Abu Haba, Farjah, Barisah, Um Tinah, Barnan, Shaarah, Kharibah, Rabiya and Um Jalal.

According to sources close to the government, more than 85 militants were killed in these operations.
At the moment engagements are continuing in all axes of southeast of Idlib and most probably Syrian army’s advances will continue.