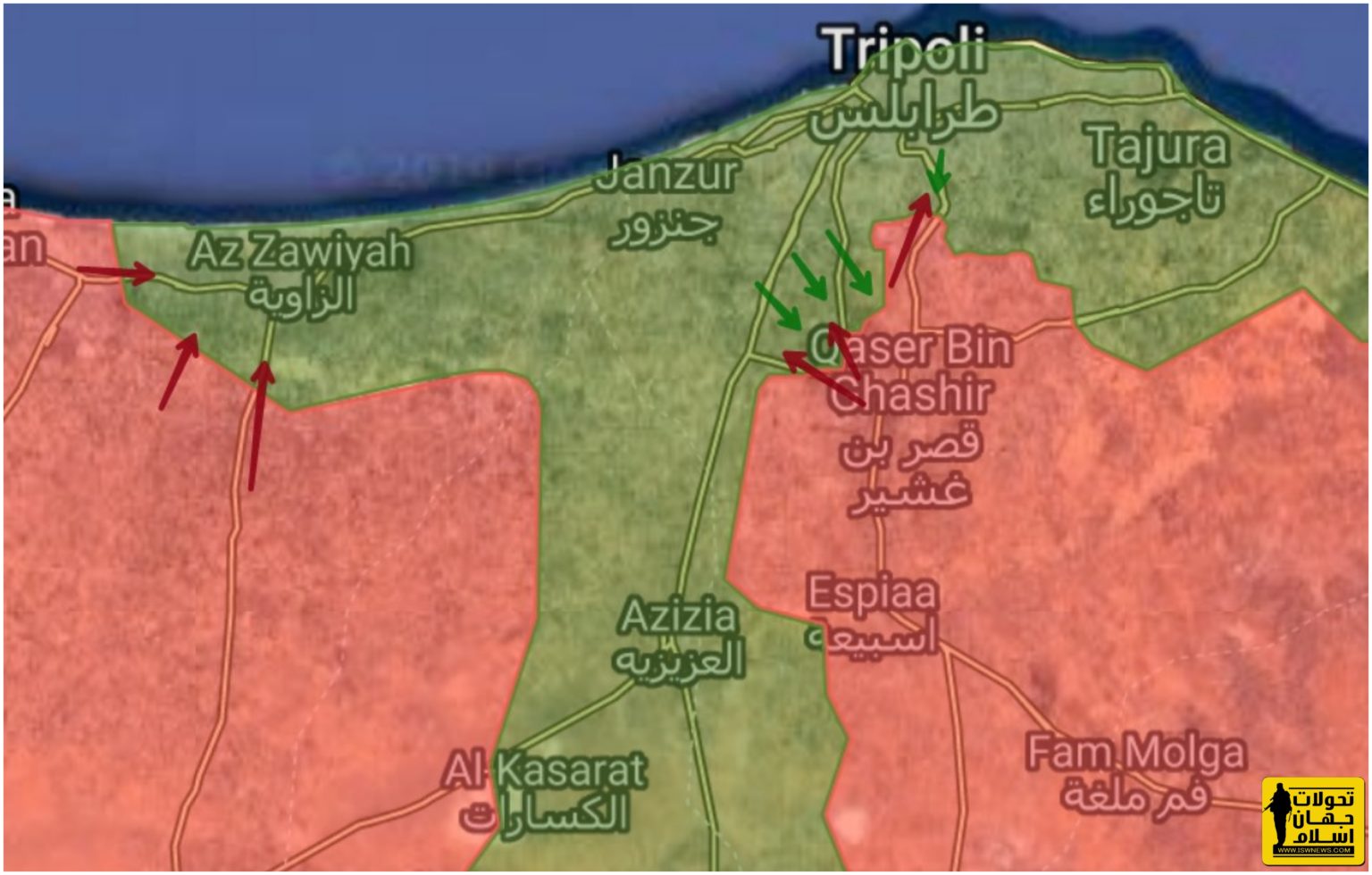 ISWNews Analysis Group: The Libyan National Army (LNA) launched a new round of attacks against the Government of National Accord (GNA) in the three main axis of Salahuddin, the road of Tripoli airport and the west of Zawiyah.

In the axis of Salahuddin, some sources related to LNA announced the dominance on the building of Police Academy and heavy clahses in the Zohur district and the base of Takbali.
Also in the axis of Tripoli airport the GNA sources claim that they repulse the LNA attacks on the road.

As we declared the possibility of the LNA attacks on the axis of Zawiyah in the last night news, the forces of LNA attacked Zawiyah after they gathered in Surman in western part of this city. The situation in the area is still tense and the outcome of attacks are unknown.