Militant attacks to Syrian Army position in southeast of Idlib 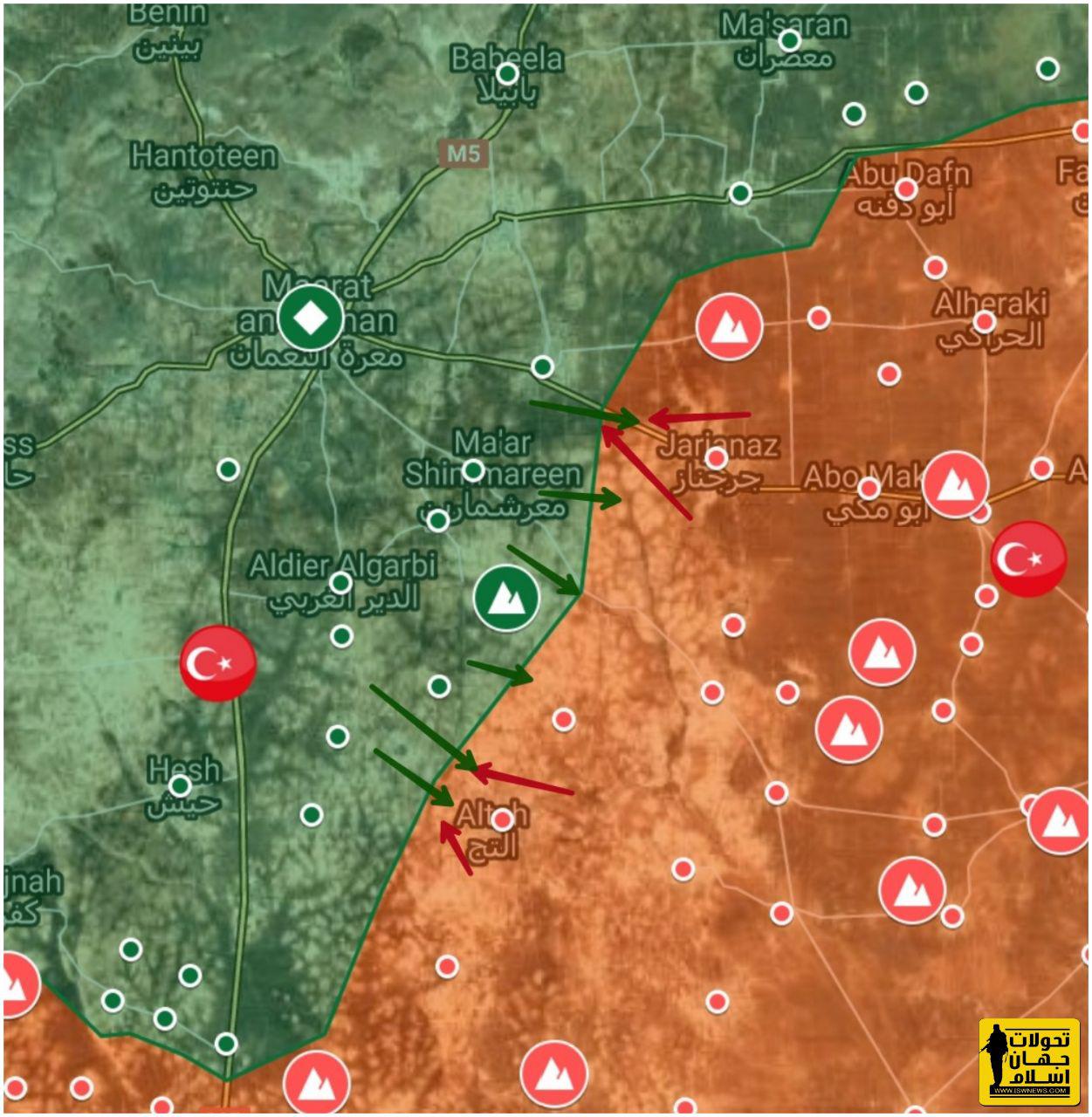 ISWNews Analysis Group: This evening, Tahrir al-Sham and its allies launched heavy attacks on the Syrian Army positions in the Jarjnaz and al-Teh axis, which has repelled by the Syrian Army.

The attack, which began with rocket attacks and two suicide vehicles from Tahrir al-Sham, ultimately ended with the elimination of VBIEDs and inflicting heavy casualties on the militants.

Last week, the Syrian Army liberated more than 41 villages and heights in an area of 350km2 in the southeast of Idlib province from the various groups of militants.