When will be the zero hour for LNA’s operation on Sirte? 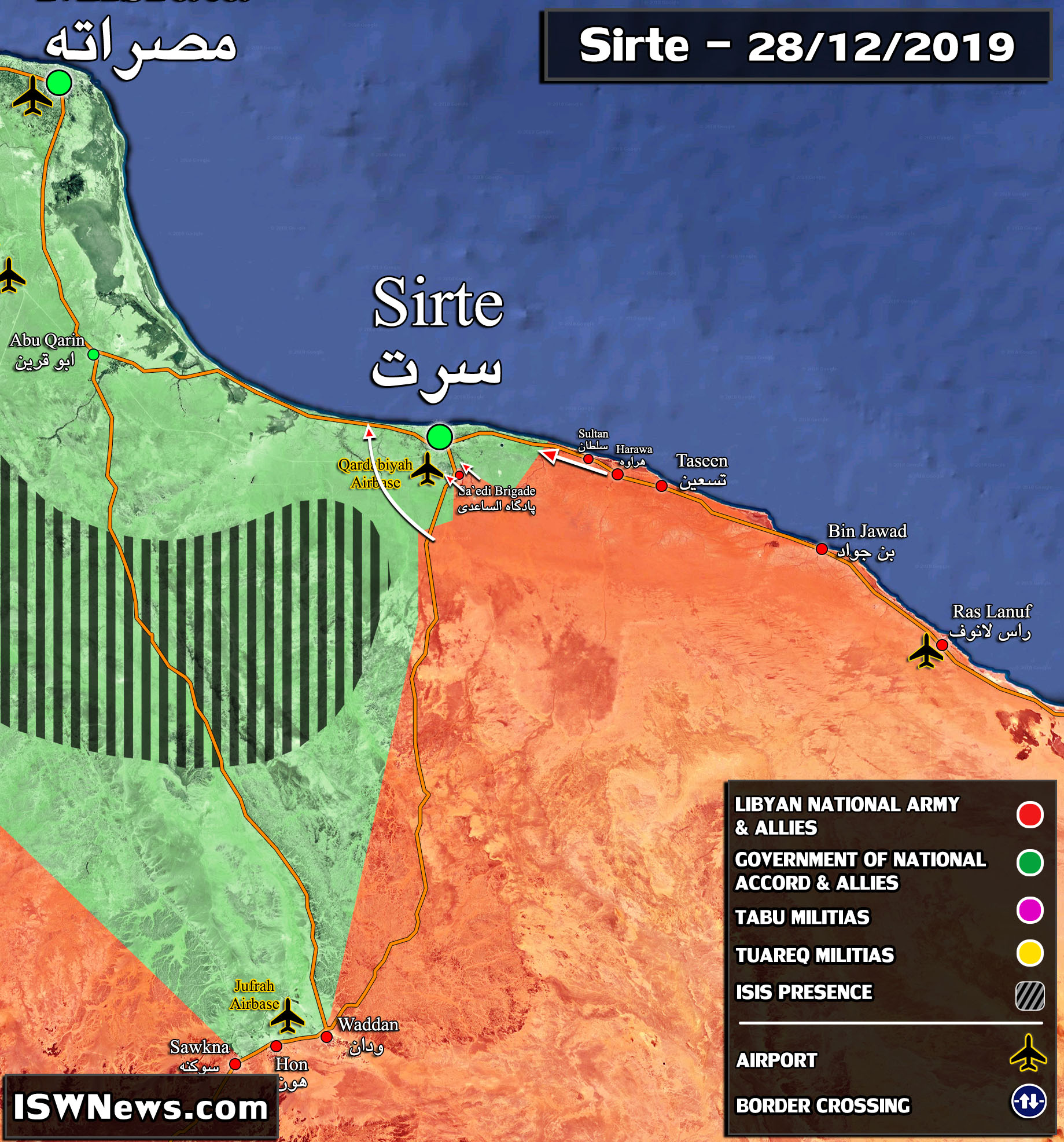 The latest military situation on the Sirte front in northern Libya

In the recent days, we have seen the announcement of zero hour and starting the military actions under the leadership of General Khalifa Haftar in Tripoli.
Haftar gave chance to the militias of Misrata till the night of Wednesday to leave the cities of Tripoli and Sirte otherwise the Misrata also adds to the Libyan National Army (LNA) targets.

In case of military operation of Libyan National Army for capturing the coastal city of Sirte, the axis of operations would be as following:

1. The eastern axis:
According to the latest News from the axis of conflicts in Sirte, the national army after capturing Raas Lanuf, Bin Javad, and Nofile in the road of Benghazi-Sirte could progress slowly and took control of Harawa and Soltan and also the road to some extent.

2. The southern axis:
After capturing the the Harawa and Soltan in eastern axis, the LNA could attack the Qasr Abu Hadi in both axis of south and east. The road of Sirte-Wudan to Qasr Abu Hadi is under the control of the LNA.

3. The axis of south to west:
In the third axis there is not any special move from the Libyan National Army and according to the operation patterns of LNA in capturing Derna and other coastal cities of Libya, it is expected the LNA to attack the western road for occupying Sirte and from this axis tries to make pressure and surround the government of consensus. For this mean, the LNA should at first liberate the desert parts of southern west of Sirte and then attack the western road to occupy the companies of Bokhariah Gulf(power plant) and Wadi Jaref.


In overall, the difficulty of military operations in the desert fields like Sirte is double and also it needs a vast military equipment and human forces and by the Tripoli operation which is in progress, it is out of current Libya military ability. It cannot handle the two different operations at the same time. But an ambitious person like General Khalifa Haftar can make this happen.