Trump: It is a threat! 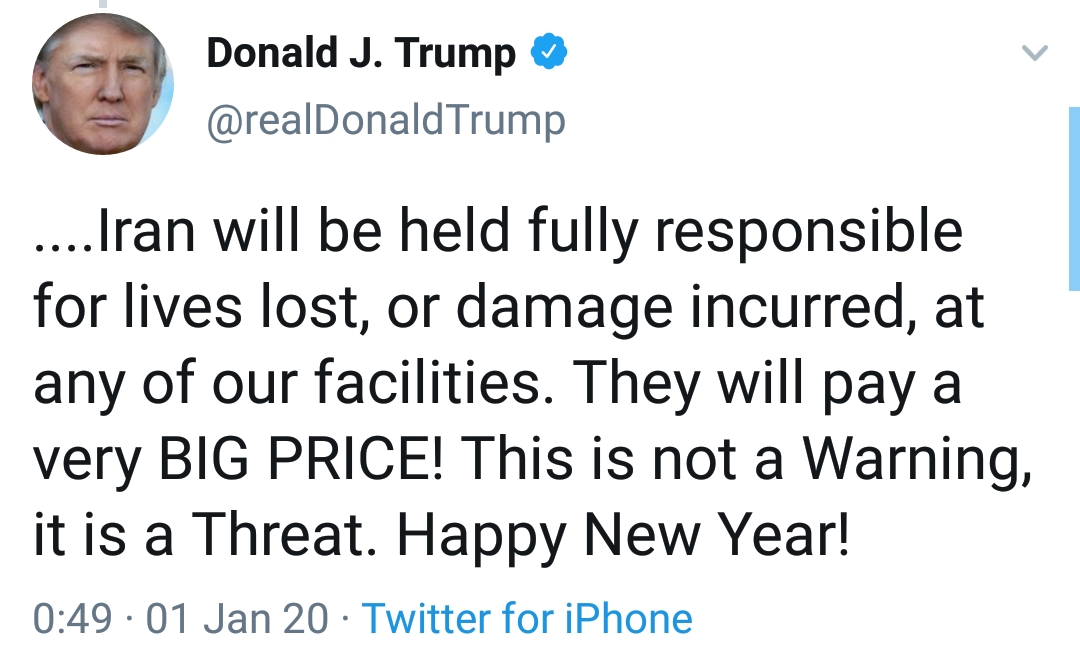 ISWNews Analysis Group: Following the the continuation of protests by the Iraqi people at the US embassy, Trump condemned the move and threatened Iran.

Tweet1:
The US embassy in Iraq is, & has been for hours, SAFE! Many of our great Warfighters, together with the most lethal military equipment in the world, was immediately rushes to the site. Thank you to the President & Prime Minister of Iraq for their rapid response upon request…

Tweet2:
Iran will be held fully responsible for lives lost, or damage incurred, at any of our facilities. They will pay a very BIG PRICE! This is not a Warning, it’s a Threat. Happy New Year!

P.S.
With today’s move of resistance groups in Iraq and their supporters against US embassy, the message reached Trump: They should leave Iraq!
As stated in previous articles, Hashad Sha’abi is using political way to answer than military way and the confrontation between Iraq and USA will be a long story.
The interesting point was that the strikers in Tahrir square announced not to participate in protesting against US embassy, that shows early the nature of Joker movements.
Now with Trump’s threat, the confrontation in Iraq will start a new phase.