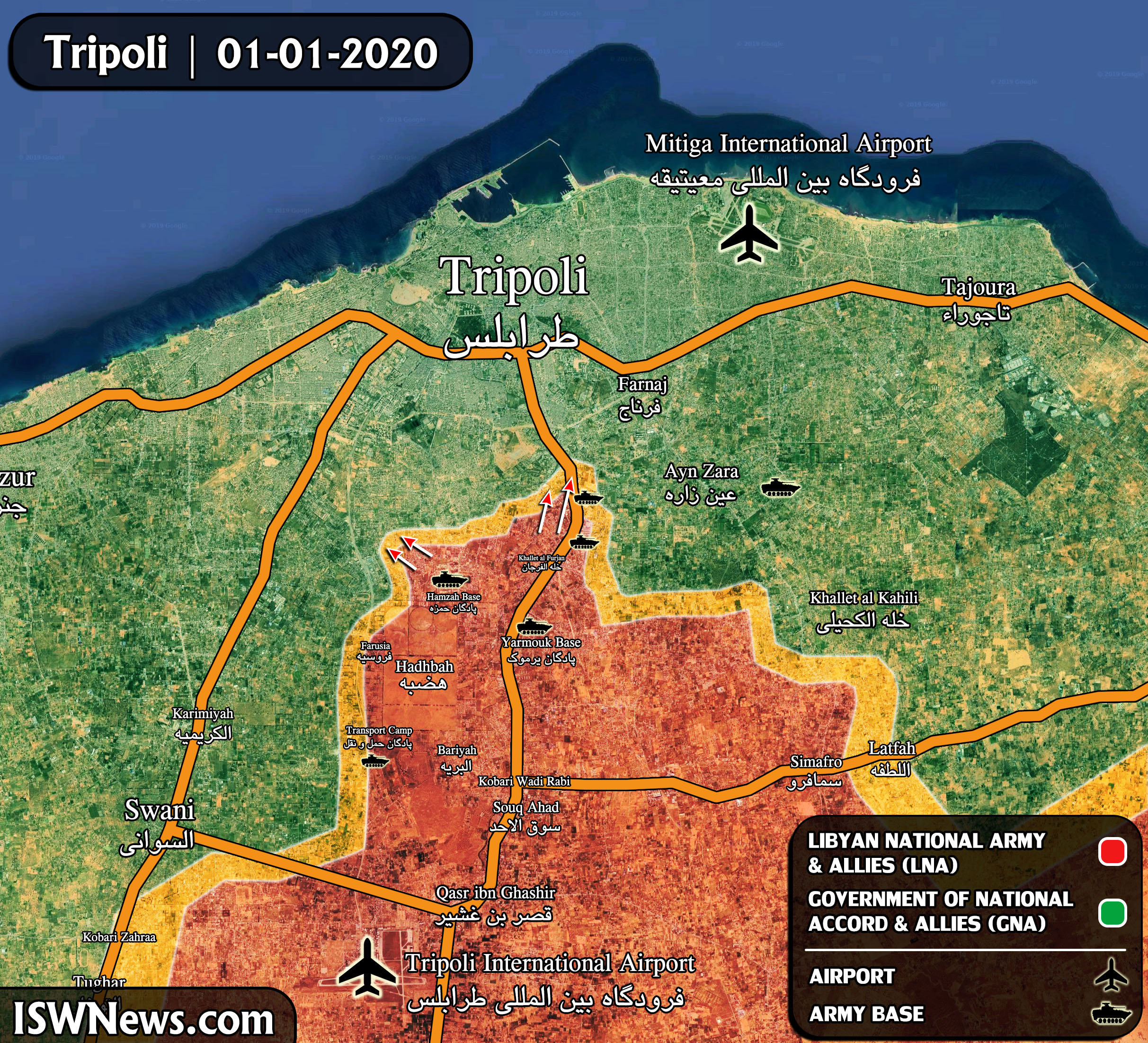 ISWNews Analysis Group: Following recent attacks of Libyan National Army forces (LNA) in Tripoli southern axis, these forces were successful in advancing in the two axis of Salahuddin and Khalatat.

Because of Libyan National Army’s attacks in the axis of Salahuddin, these forces have had some advances in al-Zohur district.
After Libyan National Army’s heavy attack in the last night, Takbali base and Police Academy were been captured by LNA and now clashes are continuing in the southern of maternity clinic and around the Secondary Military Engineering Building.

In the axle of al-Khalatat and Mashroo al-Hazba and after Government of National Accord (GNA) attacks , Libyan National Army withdrew from Kubari Farusiah in the eastern direction of road , and now they are in Farusiah.
Now, the airport road is contact line between two sides. In this axle , Al Naqliah base is also occupied by the LNA.

Also in the north of Abuzar Ghaffari mosque and Al Hamza garrison, some sources have reported of advancing to the west of Al Salam district and Al Fahm island.

Now Tripoli clashes are active in this two axles and it’s possible that the points switch or the lines change at any moment.
Also in the city of Sirte , the news about deployment of two sides’s forces is a sign of beginning clashes in the future days.