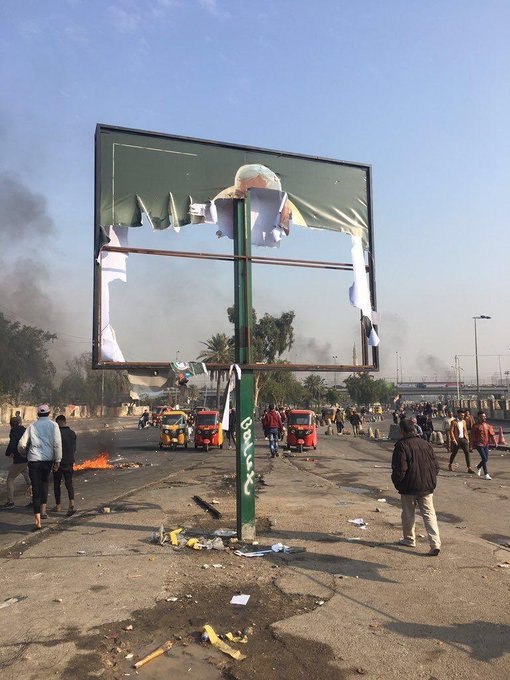 Today’s protests shows that the movement is cooling down since the violent protesters “Jokers” have started riots such as destroying public properties, blocking roads, setting tires ablaze and tearing down banners of martyrs in different towns again since last night but in small groups.

The image above shows martyr Abu Mahdi al-Muhandis in Tayeran square of Baghdad which was torn by protesters.
The situation in Najaf and other towns are tense, some roads are closed by protesters and offices of some of political groups were set ablaze.