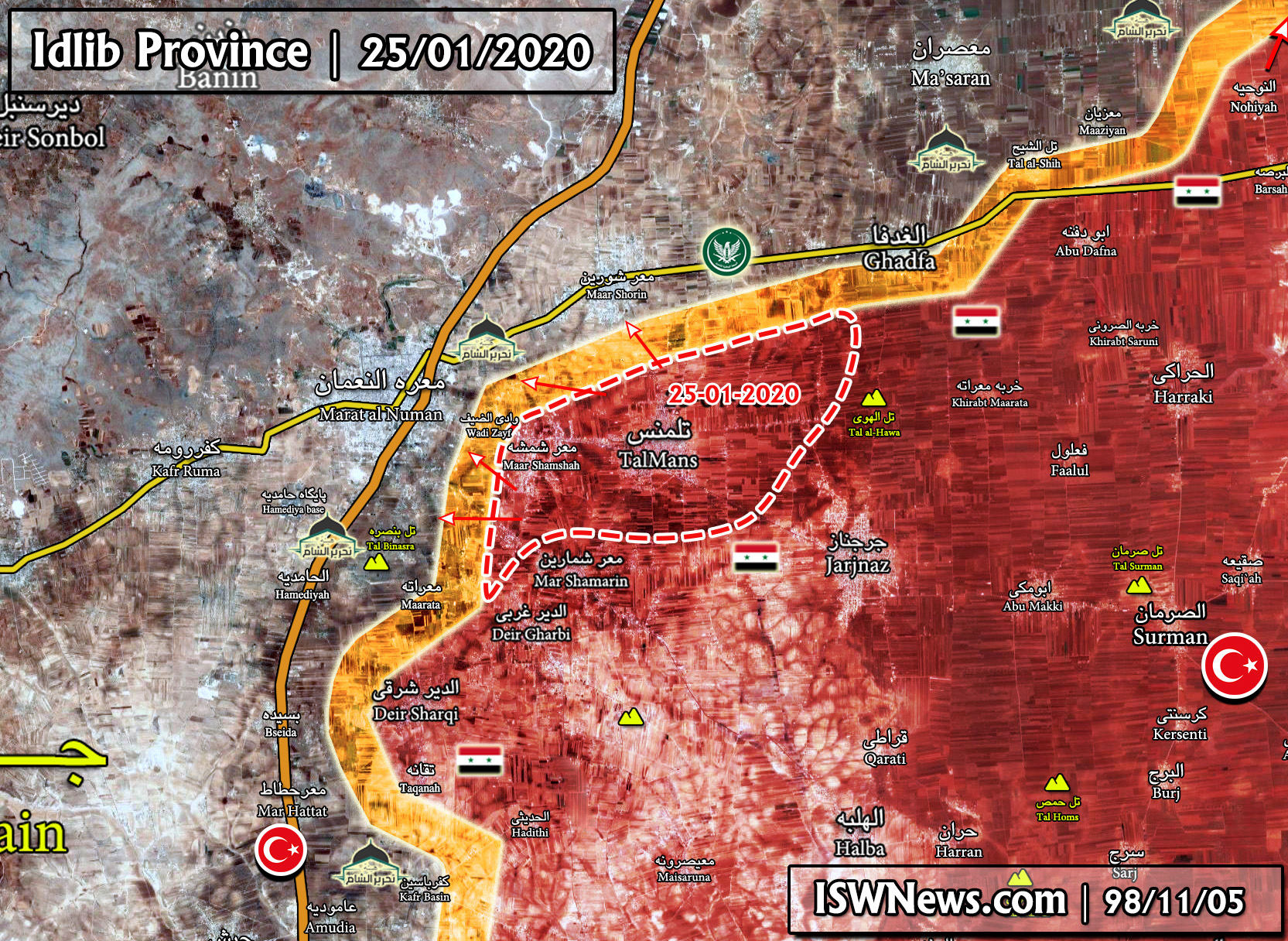 Following the Syrian Army advances in the Idlib province, Talmenes and Maar Shamsha in the east of the strategic city of Maarat al-Numan were liberated from the occupation of Tahrir al-Sham terrorists and its allies.

With these advances, the Army forces are about 500 meters away from the city of Maarat al-Numan.

Also one of the memorable point of these advances, is the arrival of Syrian Army forces to the Wadi Zayf garrison after five years. It was December 2014 that Syrian Army forces after months of blockade in Wadi Zayf and Hamedieh garrisons and some regions around them, at last were forced to withdraw toward Mourak.This withdrawal was so memorable, because of the situation of forces in the region.

The Wadi Zayf and Hamedieh garrisons were the regions that remained consistent during the frequent defeats and withdrawals of Syrian Army in those years and maintained their positions. The frequent efforts of militants during months for over-running it were been defeated and had high casualties. Due to the dominant view that these garrisons had on the region and the city of Maarat al-Numan, they were always a big obstacle for the Militants.
Now the returning of the Syrian army to this region, has revived memories of the resistance in those difficult and adventurous years.