Map: The advances of Syrian Army in the north and south of Maarat al-Numan, Turkey’s observation post in the eve of siege 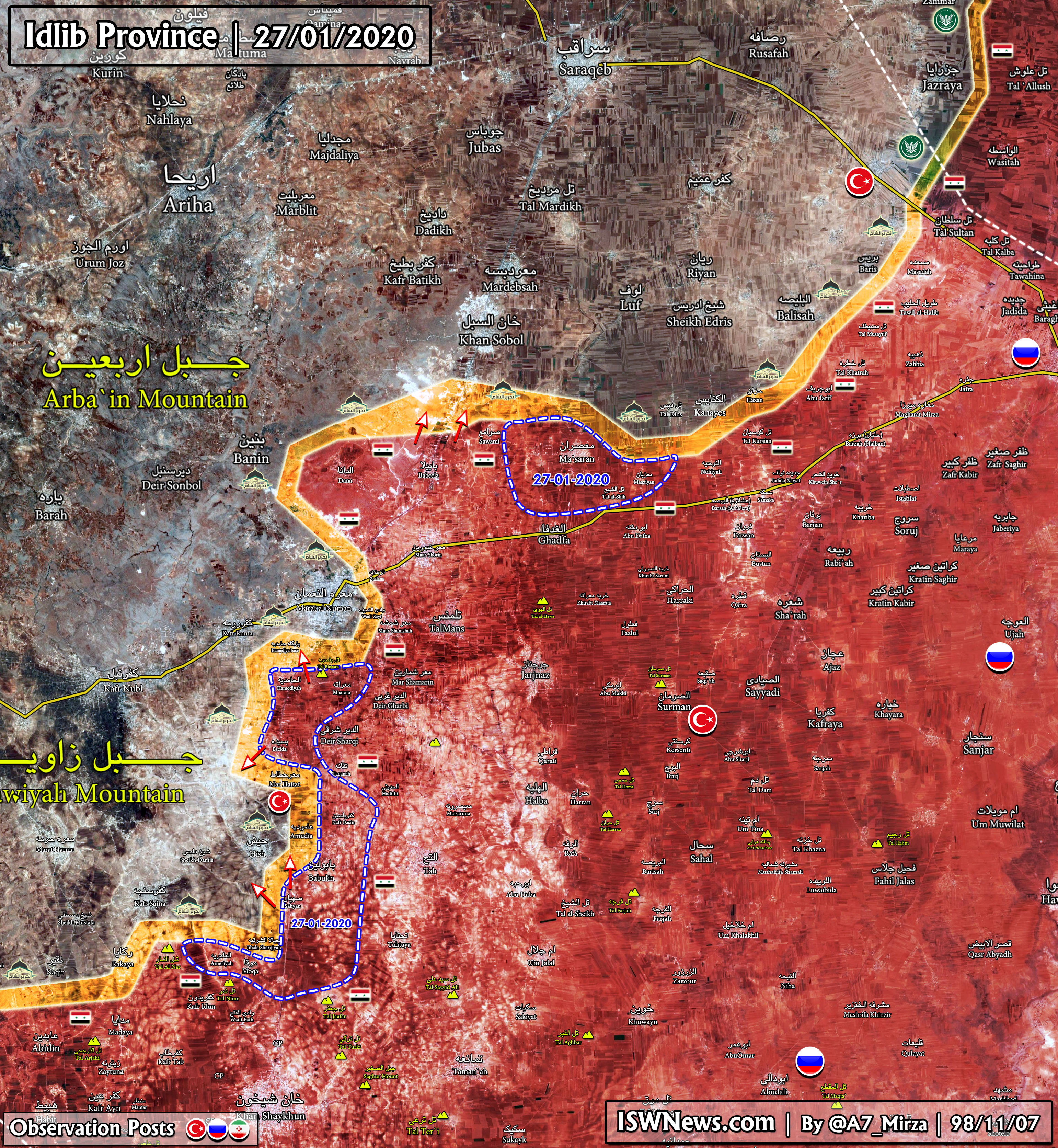 ISWNews Analysis Group: On 27 January, following the advances of Syrian Army in north and south of Maarat al-Numan, more than ten points and villages were liberated from the terrorists occupation.

In the case of liberation of this region, this will be the third Turkish observation post after Mourak and Sarman observation posts, that is located in the depth of released regions.

Also, roads toward the Turkish border witness the widespread presence of displaced people and refugees who have fled their homes in western Aleppo and Idlib province because of the clashes.