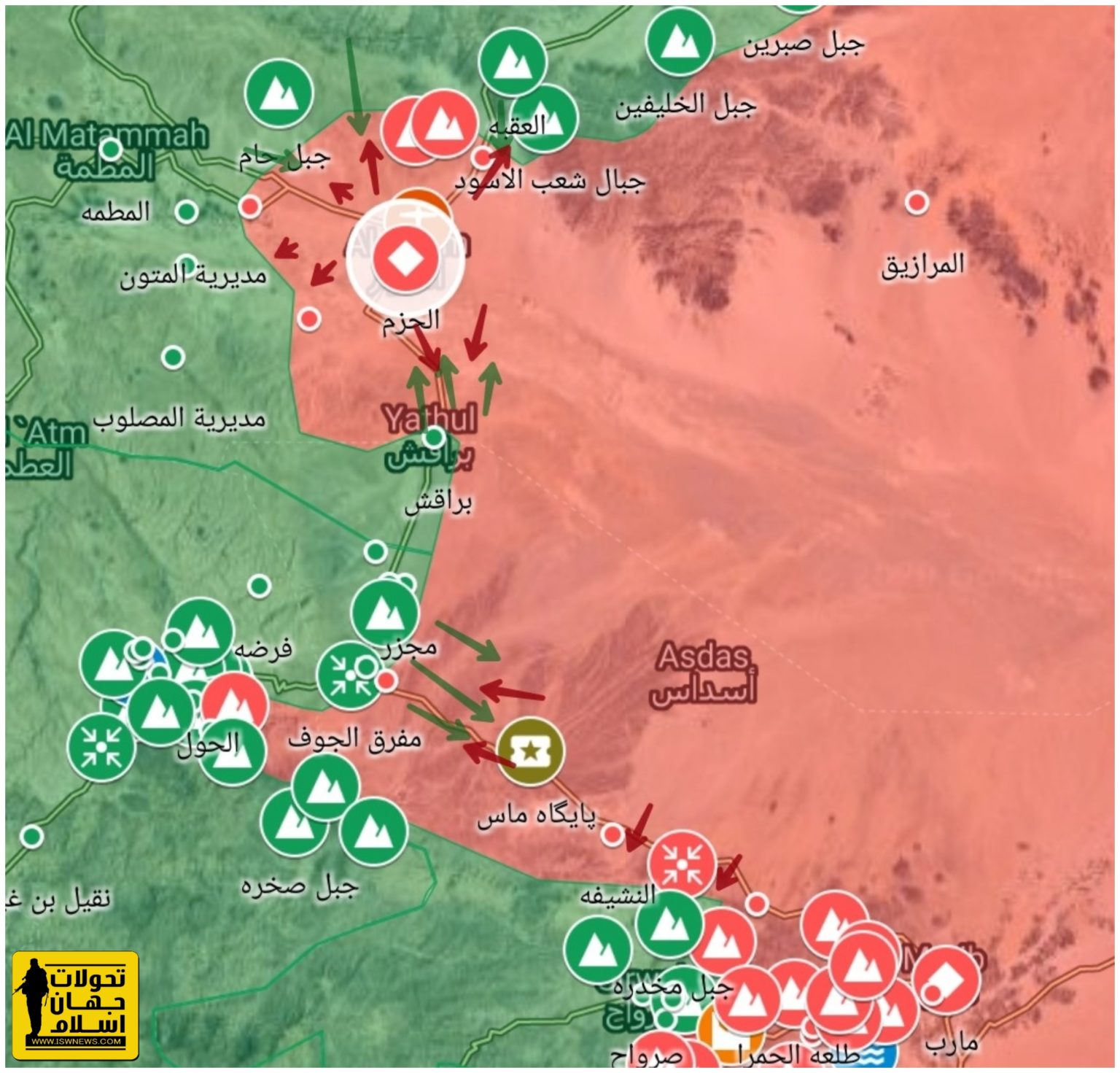 1. Jawf:
– Some local sources have reported Ansar Allah forces entering al-Khalq district in south of al-Hazm.
– Heavy clashes between Ansar Allah and Saudi-led forces were reported in north, west and south of al-Hazm in the areas of Souq al-Ethnin, Sadba, al-Aqabah and Ham.
Ansar Allah has intensified its attacks to push the Saudi coalition back from al-Hazm city. Regarding the quasi-siege of al-Hazm, it looks like with several more powerful attacks, the Saudi-led forces will withdraw from the al-Hazm city.

2. Marib
– Ansar Allah entered the Raghwan district and has taken over areas of Talaa Mia, Wadi Halhalan and Wadi al-Makik from the Saudi coalition forces.
– Clashes have also reached the al-Jafrah and Halhalan areas in the Marib road axis.